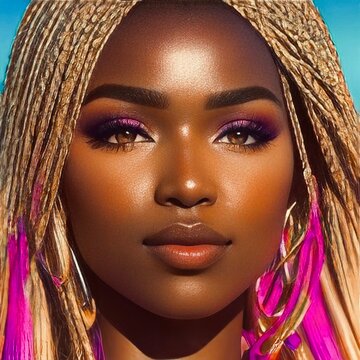 Modupé is a vocalist with a powerful and distinctive voice. Influenced by the likes of Amy Winehouse, Lauryn Hill, and Brandy She is a talented songwriter and musician. She’s performed at many prestigious venues across London – including The Hard Rock Cafe, Ronnie Scott’s, Mahiki, The London Palladium, The 02 Academy Islington, and BoxPark Shoreditch, providing incontrovertible proof that venues such as these recognise a rising talent in the music industry. In 2017 Modupé became the face of Gibson Guitar, in partnership with TFL and Mayor of London Gigs. Her face was featured on 2 London bus routes for 6 months . She’s also a Resident Alumni Artist at the renowned Roundhouse! Modupé has just released her first EP "Lioness" under Indie label Urban artist. Available now! on all streaming platforms including Itunes and spotify!

My voice! and my professionalism!

I was a semi finalist on Britain’s Got Talent 2013. I performed live in front of thousands of people at both the first audition and the live semi final!

I always try to be as flexible as possible, If anything changes in the run up to event just let me know as soon as you can :)

I usually like to arrive 1 hour before the event to set up and get comfortable in the space as well as check the sound!

If you have any requests just let me know as soon as you can to allow time for me to learn them.

I can provide all equipment if needed! - Including a battery powered amp for outdoor performances.

Overall, Modupe was amazing that evening. Her performance and voice was loved by everybody. The system and sound was professional. Moreover, her communication through songs and their genre was perfectly presented through her voice and singing skills. She made the evening atmosphere not only dance like, enjoyable and fun, but also warm, happy and welcoming.

Gorgeous voice, great to work with - will book again if I have an event in London

Modupe was a pleasure to have at our event. She is a very talented singer and guitarist with a great style and voice that gives her something special. Not only is she a talented performer but she is also a very genuine and down to earth person. 100% would recommend and have back at future events. xx

Modupe is a consummate professional and an outstanding singer. Her voice is rich, beautiful and captivating. All my guests loved her. I will not hesitate to refer her for any event.