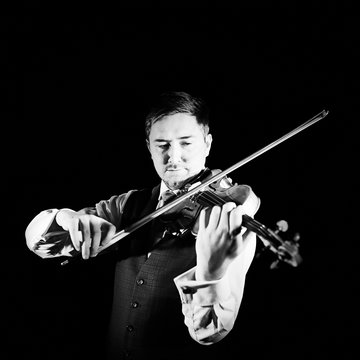 Check availability and get a free quote now - no commitment to book
From£160
Watch & Listen
About Aden
Reviews
Home page
Aden Mazur
Like Aden?
Watch & Listen
Watch
Listen
1 of 1 video
For the Love of a Princess

Aden works as a freelance violinist, pianist and teacher in Scotland. Well known in the Aberdeen music scene, Aden regularly performs with the Aberdeen Sinfonietta, Aberdeen Chamber Orchestra and is in demand as a pit musician regularly playing for operas and musicals around the country. Since graduating, Aden has been répetiteur and leader for the Aberdeen Gilbert and Sullivan Society, led the Aberdeen International Youth Festival's production of Noyes Fludde (2015), been Assistant MD and accordionist for a production of Cabaret. Aden has also played in numerous concerts for the Aberdeen Sinfonietta, Aberdeen Chamber Orchestra, Newhills Chamber Orchestra and Con Anima. During his time at the University of Aberdeen, Aden has also performed with the Marischal Chamber Orchestra and has led the University Symphony Orchestra (2015), Student Sinfonia (2012-13), Elphinstone Chamber Orchestra (2013) and the Opera Society Orchestra (2013). Aden was also regularly called upon as an accompanist playing for singing lessons, auditions, rehearsals including music from Tchaikovsky to Cy Coleman, and has even made an appearance as an accordionist in the Opera Society's production of the Cunning Little Vixen (2015). Aden has played for over 100 performances of the popular Les Miserables, was Musical Director for Captivate Theatre’s production of Bugsy Malone and played in Oh! What a Lovely War, the sell-out Fringe premiere of Sunshine on Leith, as well as YMTS’ sell-out production of West Side Story. Aden is also a member of the Aberdeen Early Music Collective who recently performed works by Giovanni Ruggieri which hadn't been performed in over 300 years.

Aden recently led 2nd Violins in the Reid Consort's performance of Handel's Messiah in the Reid Concert Hall, University of Edinburgh, which I conducted. In addition to being a talented violinist with great enthusiasm in his playing style, he is highly professional in his approach to rehearsal providing welcome feedback, responding well to specific instructions and remaining calm and cheery when things didn't always go to plan: skills clearly developed from years of hard work and experience. Aden is a pleasure to work with and I endorse him wholeheartedly to anyone seeking a strong violinist.

... delicate and inspiring playing during the gypsy violin sequence in the song ‘Reviewing the Situation’

... Aden Mazur was simply outstanding and a star performer in his own right 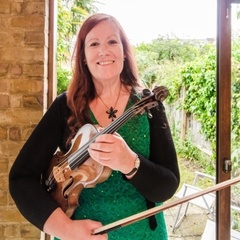 I performed with Aden this past week in which he led the Orchestra in a production of Yeoman of the Guard by G&S. He is a very gifted Musician and leader and as well as doubling on Viola and rehearsal Pianist for the Company