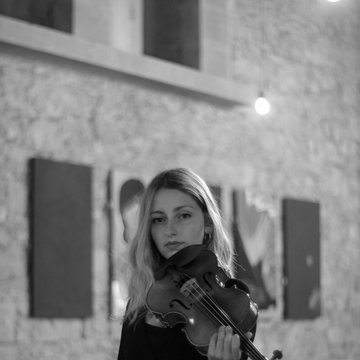 Portuguese violinist based in the UK

Maria is a wonderful violin player. She played a mix of different styles in my wedding and everyone loved it.