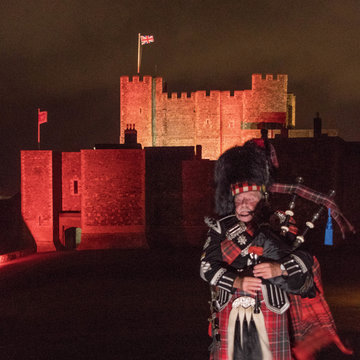 I used To play the drums from about 7yrs old at 11 yrs I joined a boys brigade pipe band, but once they new I could play drums , I was put on drums, age 12 I joined an Air cadet band where I was a side drummer, also on tenor & bass drum then on to Drum Major, then I got married and took up the pipes seriously 45yrs ago And have been playing all over the world ever since, I have various tie ups with bands from all over Europe & the U..k I have played at all kinds of events Military Tattoos ,Boxing matches,swimming galas, Iron man contests, military & civilian Funerals, Weddings again Military and civilian, I have done the lone piper at various events & tattoos. I always aim to please and so far have a 100% success rate I have performed before various members of the royal family including the queen .

4.9 out of 5
11 verified reviews
Satisfaction

We booked Tony to play as our wedding guests arrived and at our drinks reception and he did not disappoint! He looked and sounded amazing and was a very kind and lovely man. All of our guests absolutely loved it and it certainly added something extra special to our day, thank you so much Tony! If you’re considering a bagpiper for your own special event, I would absolutely go for it and highly recommend Tony!

We cannot thank Tony enough for playing at our Wedding. He was just incredible and was everything we wanted and more. He definitely added an extra Scottish touch to our special day and all our guests loved it. Thanks again Tony.

Fantastic evening with a huge help from Tony. A great bagpiper who takes requests! Thanks for all your help.

ML
May L
5 years ago 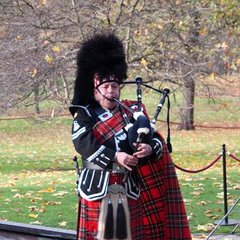 I have known Tony for many years and he is a first class Piper and entertainer with the Pipes. he is as meticulous about his appearance as he is about his music. I have also had the pleasure on a number of occasions to work with Tony, and always find him very reliable and extremely professional.