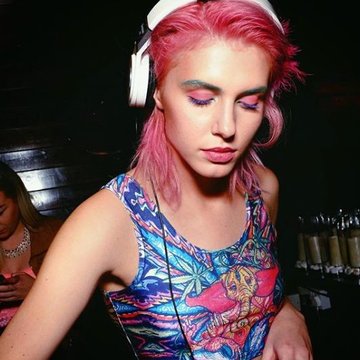 What's the worst that can happen? You tell me the change and I will sort it!

That shouldn't be hard. It would be good to sort this out before hand so I can make sure there is a playlist ready for before/after my set depending on the event.

If I am simply plugging in my USB's into Pioneers and hooking a microphone up, then 5 minutes. If I am giving a live performance or singing and DJ-ing then I will need 10 to test the sound.

Definitely. Before an event I will ask for you to give me a list of your influences and favourite artists, then I'll ask you what you think the rest of the party will want to hear... Then I'll add my own spin on it.

I can bring my Pioneer CDJ's with me but that'll cost extra. If the venue has CDJ's then I only need to bring myself and my USB's. If you'd like me to sing, I can bring a microphone.

DJ-ing: I've been told in the past that I mix songs well, I don't ruin the speakers, I listen to what my guests want whilst putting my own spin on a set. Singing: Clients love that I lose myself in a song. I've got a loud voice and singing is my favourite thing to do.

I sang at a funeral.

'Roxi is a multi-talented vocalist/songwriter, we recorded her at Side UK Studios London for my SöZE EDM/pop album. Super easy to work with, stunning vocals'.

Great singer, cool style and knows how to make a crowd happy!

DJs in the UK
DJs in Bournemouth
DJs in Dorset
DJs in Salisbury
DJs in Southampton
DJs in Cowes
Customer Service
Discover
Company
As seen on
© Encore Technologies, Ltd.
Crafted with bagels and in London