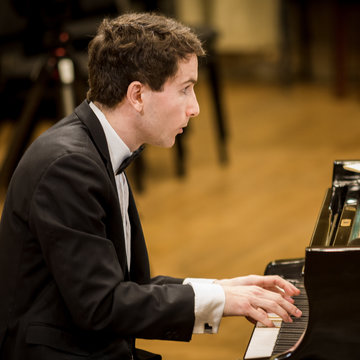 George Ireland graduated with distinction from the Royal College of Music where he studied under Simon Lepper and Roger Vignoles. He began to play the piano from scratch, self taught, at the age of 14. Now 26, he enjoys a thriving career, in demand as a collaborator with some of the finest singers of his generation. As an undergraduate at the University of Birmingham he won the Concerto Competition, performing Grieg’s Concerto with the University of Birmingham Symphony Orchestra to great acclaim. There he also became a sought-after accompanist, working with the University Chorus for two years, and the Summer Festival Opera for three. In his final year he was selected for a masterclass with Carolyn Sampson and Joseph Middleton, with whom he subsequently studied. A Leeds Lieder Young Artist, in 2019 George took part in Masterclasses with Ann Murray and Amanda Roocroft, and was due to return in 2020. At the RCM and elsewhere he has participated in masterclasses with Helmut Deutsch, Dame Sarah Connolly, Roderick Williams, Dame Felicity Palmer and Danielle de Niese. George also works extensively in Opera as a repetiteur and music director. Holding three positions with companies in London, he has recently enjoyed work with Glyndebourne Youth Opera and British Youth Opera, and as an undergraduate worked frequently with Birmingham Opera Company. His recital career has presented performance opportunities at venues including among others, the German Embassy in London, St George’s Bristol, and the Akademie Der Künste in Berlin; at the Universities of Oxford and Buckingham; and at the Bledington, Bloomsbury and Leicester International Festivals. In Bielefeld in 2019 he gave his first performance of Winterreise, accompanying Daniela Bechley and reviewed in Neue Westfälische: “Those present experienced how the singer and pianist explored this dark and powerful cycle, and that two people had captured a timelessly significant masterpiece entirely in its essence. And that they had not only the musical class, but also the inner relationship to interpret the “Winterreise” movingly”. In competitions he has appeared at the Wigmore Hall, Henry Wood Hall and the Holywell Music Room. In 2020 George accompanied Jessica Cale’s winning performance at the Kathleen Ferrier Awards, and subsequently they have been engaged together in recitals across the country.

I always try to be as flexible as possible, and this has never caused any issues in the past.

I regret not - it's far too big and heavy.

George was very professional,and very pleasant to work with. Plays wonderfully,and has a great ear for accompanying a singer.Makes one feel confident and secure. George is a great musician.

A
Audience
4 years ago 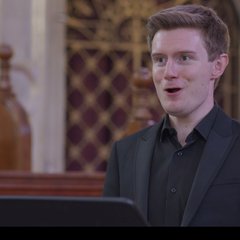 As a recital accompanist, George is extremely detailed and professional. He demonstrates great sensitivity towards singer's texts and adaptability to the demands of the soloist. Rehearsing with him is enjoyable as his academic preparation is always evident and he contributes sound musical understanding and suggestions across a variety of styles. As a soloist Geroge combines great virtuosity with adaptability in his playing. After a spelbinding audition of Grieg's piano concerto in A minor, during which he was able to perform extracts from throughout the work entirely memorised and professionally prepared, the University of Birmingham Music Society had no hesitations in awarding him first prize in our 2016. soloist compeition. 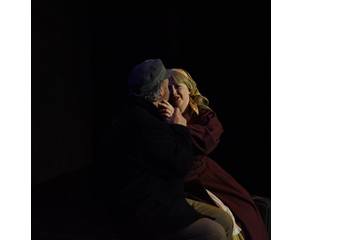 George has accompanied me in multiple concerts and rehearsals, and is always professional and precise. He listens to those he's playing with and adjusts tempo or volume to suit their needs. I look forward to working with him again.