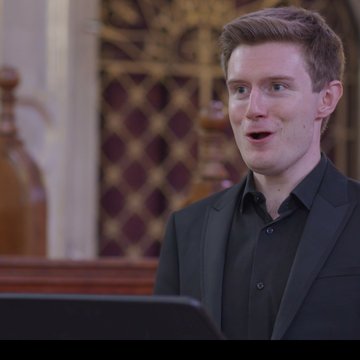 Check availability and get a free quote now - no commitment to book
About Bradley
Reviews
Home page
Bradley Gill
Like Bradley?

Experienced and flexible solo and ensemble vocal musician and conductor.

Bradley Gill studied with vocal coach Tim Travers-Brown on the MMus programme in Advanced Musical Studies at Royal Holloway, University of London, where he was a choral scholar with The Choir of Royal Holloway. He enjoys a busy and varied freelance career singing in London's churches. Bass-baritone solo repertoire includes Handel Messiah (working with editors to develop a new edition for Breitkopf with the University of Birmingham Philharmonic Orchestra) and Alexander’s Feast, Haydn Nelson Mass, Bach Christmas Oratorio and Fauré Requiem. Opera roles include Second Yeoman (Yeoman of the Guard, CBSO/John Wilson), Mr North Wind (The Enchanted Pig, Student Premiere), Neptune (The Tempest), Vicar Gedge (Albert Herring), and Ben Budge (The Beggar’s Opera). He was described by critics as ‘perfect...with a hymn-like ring to his lines’ as Vicar Gedge in UoB’s 2015 production of Britten’s Albert Herring. Since 2014, he has worked in numerous professional choirs and vocal ensembles, most notably the CBSO Chorus and BBC Proms Youth Choir, in regular performances of concert repertoire and opera with leading conductors and orchestras including Andris Nelsons, Lahav Shani, Edward Gardner, Sir Simon Rattle, Marin Alsop, Vienna Philharmonic, LSO, OAE, BBC Symphony, BBC Philharmonic, and the CBSO in concert halls across Europe. Drawing on experience at Wales International Academy of Voice, and coaching from Eric Roberts (RWCMD/WNO), other ensemble performances include contributions to many specialist chamber choirs during his studies at the University of Birmingham, (Birmingham University Singers, Camerata and UoB Voices). Bradley was Student President of the University of Birmingham Music Society in 2016. Working closely with staff, and a dedicated committee, he was responsible for an enitre concert series for nearly 700 members across almost 30 different student ensembles, in venues across the city. He was also conductor and musical director of its SATB Chamber Choir. He has studied conducting at university with Dan Rosina and observed choral conducting classes with Professor Simon Halsey CBE. Management experience also includes co-managing the university's 180-strong chorus, working closely with conductor Julian Wilkins.

'Perfect...with a hymn-like ring to his lines' 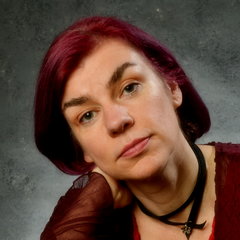 I hired Bradley to boost my choral society and was very pleased with his performance. He was reliable; led the men confidently and musically, and was a pleasure to work with. 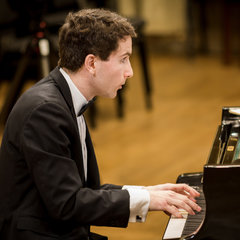 I have had the pleasure of working with Bradley on many occasions and the experience is always a joy. He takes delight in everything he sings and is always thorough and detailed, paying close attention to all aspects the score. This was evident when working with him during the 2015 Summer Festival Opera production of Albert Herring, in which his Vicar Gedge was excellently executed vocally and theatrically. His vast and impressive experience as a choral singer also enables him to act on his very strong sight-reading ability and dedication to the part. Training at the University of Birmingham, his academic understanding is very substantial. He is also highly reliable and organised, serving as Student President of the University of Birmingham Music Society in 2016.