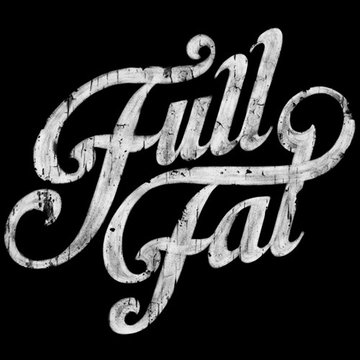 Full Fat are an Alt Blues trio who have made a name for themselves performing throughout Scotland and the North East. The band have gone from success to success, supporting big names like "Gerry McAvoy’s Band of Friends" and ex Gallows guitarist's band "Ghost Riders in the Sky". They were one of four semi finalists in the Krakatoa 2017 “Eruption” battle of the bands out of more than one hundred bands who competed and in the same year they were nominated for three separate FUDGE awards, winning “Best of The Rest” and coming second in the “Best Album” and “Best Band” categories. They have also been featured prominently in local broadcasts including “Silver City Sessions” with D-Range Studio, the internationally streamed music show "Live at Captain Tom's", “Granite City TV” and had multiple appearances on SHMU Radio. Full Fat have a passion and a talent that will not be stopped and this is clear to anyone who sees them play. Their unique mix of smooth vocals, tight rhythm, sweet throbbing bass and mellow guitar tone lets any audience know what the band is all about. The Blues is back ladies and gentlemen, and it’s Full Fat.

Hell yeah, course it will. You got a tiger in yo' tank, m'boy. A gypsy woman in your pocket and a little John the Conquer Root.

They offered an energetic, engaging set full of diverse influences from blues, rock 'n' roll and even, dare I say it, a touch of country. The crowd were at most lively of the evening and were fully-engrossed in what was happening on-stage.