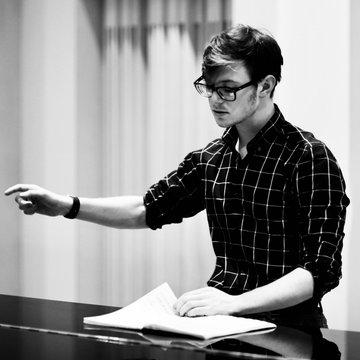 Dylan McCaig was born in Liverpool and at an early age, he became a chorister at the Liverpool Metropolitan Cathedral, winning multiple awards including his RSCM Gold Award and the appointment of Head Chorister in his final year. After leaving the choir, Dylan then developed his love for the organ by becoming Junior Organ Scholar and worked alongside Assistant Director of Music, James Luxton with the Girls Choir and newly formed, Youth Choir. Before beginning his studies on a scholarship at the Royal Birmingham Conservatoire, he also achieved Grade 8 Piano and Organ with Distinction. In 2020, Dylan graduated from the Royal Birmingham Conservatoire, specialising in Organ Performance with Daniel Moult, Henry Fairs and Professor David Saint and conducting with Paul Spicer and Daniel Galbreath. While studying at RBC, Dylan performed at both Birmingham Cathedrals and Birmingham Town Hall. As well as performing in departmental events, Dylan played for internationally renowned organists, Nathan J.Laube, Kimberly Marshall, Martin Schmeding and Pieter Van Dijk. The RBC Organ Department gave Dylan the opportunity to play on historic instruments in Alkmaar, Amsterdam and France as well as giving him the opportunity to take part in competitions such as the Dame Gillian Weir Messiaen Prize. During Dylan's last two years at the conservatoire, he developed his love for conducting as well as early music, taking part in multiple concerts throughout his time at RBC as well as designing a major project that played to his strengths, achieving a first class mark and raising over £1100 for charity. Dylan has had Organ Scholarships at the Liverpool Metropolitan Cathedral, St. Chad's Cathedral, Birmingham and is currently Senior Organ Scholar at the Liverpool Cathedral. He currently assists with the day to day running of the music department in playing and conducting for services as well as training the younger musicians in the department. During there COVID-19 pandemic, Dylan has put his time to good use, achieving his ARCO Diploma from the Royal College of Organists and gaining an unconditional place at Birmingham City University to study Secondary Music Education. He has also participated in interviews on BBC Radio Merseyside and is currently planning an All Bach project with the theme, 'from Darkness to Light'. This theme is traditionally seen around Advent, however due to the improving state of the UK's response to the pandemic, the theme became appropriate with the programme consisting of BWV 131, 199(L), 132 and 196.

I always try my best to be flexible to help ensure concert/event runs as smoothly as possible! If timings change slightly in the run up to the event, just let me know!

his music was soooo beautiful and can't wait to work with him next time!

AG
Anju G
3 years ago, for a Funeral / Memorial service in St Helens

Dylan has accompanied me singing on numerous occasions including weddings, funerals and concerts. Not only does he always perform to an exceptionally high standard, he is also an incredibly reliable musician to work with.

JB
Jack B
4 years ago, for a Concert in Lichfield

Dylan is a fantastic all-round musician. He is a very natural and intuitive musician, paying great attention to all details of whatever he is working on. Dylan was previously the accompanist of a choir that I was Director of, and his following and accompaniment was utterly brilliant. Always listening, always attentive to the choir's supportive needs and phrasing. He is a brilliant keyboard player, and a well-versed conductor as well; a very versatile musician easily capable of any role given to him. 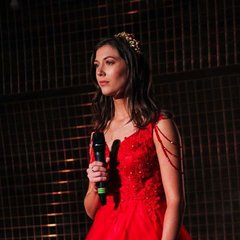 I worked with Dylan for my major project which was on 22nd March 2019 and called ‘A Night In Turkey’. He was the conductor for my choir that consisted of 12 students from the Royal Birmingham Conservatiore. Dylan was very passionate to do well with the choir. He was always punctual to rehearsals and was eager to bring out the best in the choir even when there were moments of frustration from choir members. He communicated well with myself if their were any issues within choir or rehearsal and tried his best to encourage the choir members to work hard. The music was mildly challenging turkish folk songs and considering Dylan had never worked with this sort of material before he did his upmost to always be enthusiastic about it. Overall Dylan performed extremely well on the night and was a great conductor to work with. 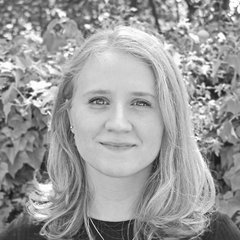 I performed along side Dylan in a recital featuring largely organ music at the Liverpool Metroplitan Cathedral last weekend and Dylan played to a very high standard but also played highly stylistic and emotive. Dylan is a very approachable and accommodating musician, who I would highly recommend!