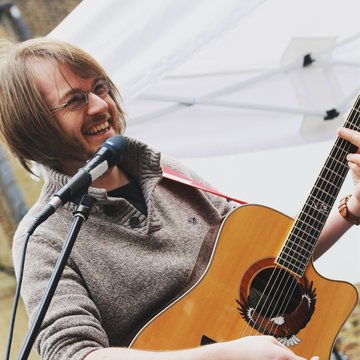 Upbeat & light hearted original trio from Sunny Clacton on Sea showcased at the Montreux Jazz Cafe in London & featured on 6music by Tom Robinson. Received high praise for their writing from BBC Essex DJ’s Veena V; Tony Fisher & Sue Marchant from BBC Radio Cambridge. They have been described as ‘melodic acoustic folk with striking lead guitar, subtle strings and blissful harmony’ by the Musician’s Union. Recently they went international to play the prestigious Freight & Salvage venue in San Francisco; Nashville’s Concorde & Norway’s Glenghuset & even got a track ‘Bayonet’ played on the BBC world service. Their material has been used in several independent films & they currently have a new EP ‘Cathedral of Shadows’ out which has been featured on many high profile Spotify playlists including ‘Baked Sunset Vibes’.

we can do if given enough notice

A great evening of acoustic music would book again.

Great original trio that headlined our festival very upbeat and got the crowd going. A big fan with the small kids who loved the shakey eggs.