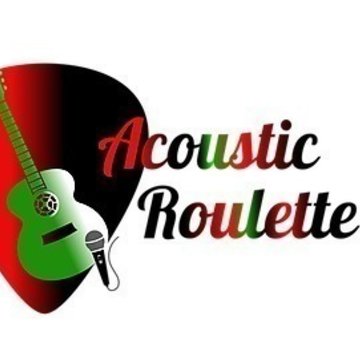 Acoustic Roulette are a Guitar & Vocals Duo performing covers from a range of artists and genre's.
3 of 14 photos
Acoustic band
Southampton
Public liability insurance of £100 million

Brendan has been brought up in the Folk/Celtic music circles having played & danced in many groups. He currently plays guitar with Rufus Return Ceilidh Band and Father Jack Celtic Band. Brendan also has an empathy for dancing having been a member of Chequered Flag Appalation step, Mary Rose & Royal George Street Dancers and many Morris Dancing sides. When the opportunity arose and Carly showed an interest in singing, Brendan jumped at the chance to play a different genre of music. Carly has been brought up surrounded by live music. Her uncle was a drummer in many bands and her father used to be a roadee! Her parents took her to see live acts around the Southampton area from a very young age, many of whom her parents were and are good friends with. As Carly grew up, she developed a love of singing. She attended local karaoke nights and later enjoyed recording various cover tracks in a studio as gifts to her parents. She even recorded her own first dance song for her wedding day as a surprise to her husband! Brendan and Carly met back in 2010 through Brendan's wife Jodi. They would get together at mutual friend's parties, BBQs and camping weekends, often ending up playing and singing around a camp fire or simply jamming in someone's lounge! Brendan was keen to start performing more mainstream songs, something a little different to what he already enjoyed with both Father Jack and Rufus Return. In 2014 he asked Carly to join him as a duo doing just that and Acoustic Roulette was formed! Since then Acoustic Roulette have performed at a friend's 50th birthday festival, a wedding of one of Carly's friends and at local open mic nights. Finally after lots of fun rehearsing, Acoustic Roulette played their first offical gig at The Anchor Inn, Eling on 6th August 2016! Acoustic Roulette are available to play at local public venues, festivals and private functions in and around the Southampton area! We cover a range of slow and up tempo songs to include artists such as Alanis Morissette, 4 Non Blondes, Amy MacDonald, Sheryl Crow, Green Day, P!nk, Bruce Springsteen, Rihanna and Tom Petty to name just a few! Please check out the rest of our site to watch and listen to our various tracks!

500 Miles
9 to 5
A Little Respect
A Little Time
A New England
Affirmation
All About That Bass
Angel
Angels
Bad Moon Arising
Be My Forever
Behind Blue Eyes
Betty
Blue Cockade
Breakfast at Tiffany's
Chasing Cars
Complicated
Dancing
Dancing in the Dark
Don't Look Back in Anger
Don't Marry Her
Drunken Serenade
Ex's & Oh's
Fairytale New York
First Cut is the Deepest
Free Falling
Go Your Own Way
Good Riddance
Hallelujah
Hey Jude
If It Makes You Happy
I'm So Excited
I Will Survive
I Will Wait
Kiss Me
Learn to Fly
Let Me Go
Little By Little
Manic Monday
Merry Christmas Everyone
Mr. Brightside
Mr. Rock & Roll
Nothing Ever Happens
Oasis Medley
Other Side of the World
Picture
Proud Mary
Soak up the Sun
Shallow
Sit Down
Sloop John B
Sound of Silence
Someone You Loved
Stay
Still the One
Sweet Caroline
Thank You
This is the Life
Torn
Up
Umberella
Unforgivable Sinner
Valerie
Wake Me Up When September Ends
Walk Me Home
What's Up
White Flag
Who Knew
Wild World
Wonderwall
Zombie
Customer questions

Our different range of covers

Loads of pubs around the south coast

Yes. We have an input into our mixing desk for a devise.

We like around one hour but can do in 30 mins if needed.

We will certainly have a go...

Standard Prices
2 musicians
All prices include:PA supply plus input for a devise for background music of your choice.
Acoustic Roulette

A fantastic Sunday afternoon spent in the garden listening to Acoustic Roulette. A great set list with some unexpected but very sing-alongy covers. Looking forward to the NYE gig.

BM
Bridgette M
2 years ago, for a Bar / Club / Venue event in Totton

Thank you so much for playing at the new inn the past couple of times. The pair of you were brilliant and everyone loved the different range of music! Definitely recommend you to everyone who wants Sunday afternoon music or a Saturday night sociable band