Choir of St Michael at the North Gate 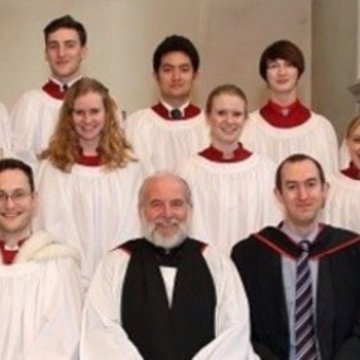 About Choir of St Michael at the North Gate

Traditional choir of men and women, including some of the best choral scholars at the University of Oxford.
3 of 8 photos
Choir
Oxford
Public liability insurance of £10 million

The Choir of St Michael at the North Gate As in so many churches years ago, the choir of St Michael at the North Gate was, for long time, made up of boy trebles and men. Today, the choir is a mixed consort of men and women, most of whom are students at the University of Oxford. HISTORY As late as the 1960’s there was a flourishing choir of men and boys. Prizes were awarded at Christmas – one of two guineas to a chorister “who has completed two year’s service and whose singing ability and leadership has been outstanding during the year” the other of one guinea to a chorister “who has shown the greatest progress” – but both prizes of significant value in 1962! In those days there was an annual Choir Supper at Lincoln College, with whom the church still has very close links – indeed the College Choir has been singing a full sung Eucharist on Ascension Day every year since 2003. The longevity of membership of the choir is further endorsed by examples such as Charles Arthur Webster, described as “a most faithful member of the Choir” 1912 to 1959. The main reason for leaving the boys’ choir at this time seems to have been the amount of school work, although it is good to note that six new choristers were admitted at the office of admission on Advent Sunday, 3rd December 1967. In 1968 the Wednesday evening boys’ choir practice was jettisoned with considerable reluctance owing to the amount of homework the choristers were given at school and the Friday practices were extended. Regular news about the choir and the state of the organ was circulated at this time – one such newsletter mentioning Brian Newby and Colin Thomas as giving long service in the Choir, as well as Malcolm Dawson, Robert Earl and Kevin Griffiths who “having proved their worth” may be “following in the steps of our most Senior member Jack Tyler”. Under his proper name of George Archibald Tyler he merited a news article headed “Sixty Glorious Years”. The text ran – “In October 1963 George Archibald Tyler completed 60 years singing in the Choir of St Michael at the North Gate, Oxford. A truly wonderful act of Service. A presentation was made to him on behalf of the Church”. (January 1964, published by Diocesan Information Committee). Also in 1963 new cassocks in blue and purple were purchased for 17 boys and 10 men at a cost of £150. These replaced cassocks purchased in 1948 for £100 and in turn replacing the 1924 supply which cost £22. On Good Friday, 27th March, 1964 Stainer’s “Crucifixion” was performed at St Michael’s and again on Palm Sunday April 4th 1966, where the church was so full that (it is recorded) there were “not enough copies [of the words] for the people”. It is also recorded that the “Choir did very well” and the soloists were Mr Robbins (tenor) and Mr Gardner (bass). During the late 1970’s correspondence shows that there was a decline in numbers and at a later stage the choir became one of mixed voices with the admission of sopranos and contraltos. For some years this formula worked successfully but for young people with increasing commitments at school and, with other demands on free-time, numbers were always something of a problem.

The choir's music list contains a wide variety of choral styles, covering everything from the middle ages to the present day.
Customer questions

Our choir is made up of some of the best professional singers in the country, all chapel-trained. Our clients love our deep understanding of church repertoire and appreciate the time and care we devote to crafting their programmes.

Yes, our line-up is entirely flexible and modular. Since most choral music is written in 4 parts, we recommend the number of singers to be a multiple of 4 in order to achieve the best balance across the choir. Most of our clients opt for 8 singers + conductor, as this provides the best projection for most spaces.

We always try our best to be flexible to help ensure your event runs as smoothly as possible. If timings change slightly in the run-up to the event just let us know.

We are an acoustic live act, and so we don't tend to offer this service. But we're more than happy to discuss options!

For a wedding or funeral ceremony, we usually rehearse in the space for 1 to 1.5 hours before the guests arrive (usually 30 mins before the ceremony begins). As guests arrive, the organist* can help set the atmosphere and get your guests ready for the ceremony. (* available as an add-on)

Yes, whilst it's not customary for robed choirs to roam around as they perform, we're happy to explore ideas! We perform without microphones so we can move around freely if needed.

Most of our clients have a pretty good idea what music they would like to have at their event. Equally, if you don't know where to start, we'd be happy to explore ideas with you! Our years of experience gives us the confidence to guide you to find the best music for your event.

We are an acoustic live act and don't usually require microphones or PA systems. When it comes to lighting, as long as the venue has sufficient shower top and side lighting, we will be able to perform. We usually require a minimum of 1.5 square metres per person to perform.

Our choir is made up of some of the best professional choral singers in the country. If there is a special song you'd like us to perform we are happy to do this for you. If the piece is particularly challenging and requires an extra rehearsal before the day, there is an additional fee of £100 per person.

All prices include:8 singers (SSAATTBB) 1 conductor Rehearsal time on the day Sheet music Uniform (robes or otherwise) Waiver of all rights not to be recorded (i.e. you can record anything you like!)