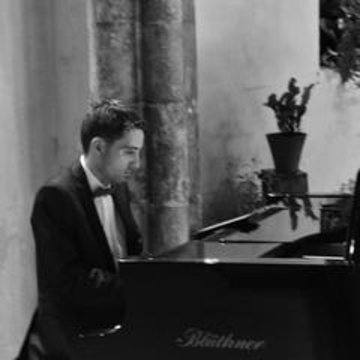 Organist, Accompanist, and Singer based in Birmingham, studying at Birmingham Conservatoire.
Organist
Bridgend

Joshua Xerri is an organist, singer, and pianist based in Cardiff. He studied on a scholarship at the Royal Birmingham Conservatoire, having previously been educated at Wells Cathedral School as a music scholar. Joshua began his musical career as a chorister at Llandaff Cathedral, attending the Cathedral School, where he began organ lessons with Michael Høeg. During his time at Llandaff he also studied singing and the piano at the Junior Conservatoire of the Royal Welsh College of Music and Drama. He was awarded a music scholarship, jointly for voice and organ studies, and Wells Cathedral School, and studied with the organist of Wells Cathedral, Matthew Owens. He regularly conducted and accompanied the chapel choir in their services at the Cathedral. In September 2013, Joshua was appointed Organ Scholar of Chelmsford Cathedral, where he was responsible for accompanying choral services and assisting in the direction of the cathedral choirs. Following his time at Chelmsford, Joshua was awarded a scholarship to study at Birmingham Conservatoire. He is an active recitalist, with recent venues including cathedrals across the UK and abroad including Llandaff, Wells, and Brussels, as well as concert halls such as the Brangwyn Hall, Swansea, and Leeds Town Hall. Upcoming recitals include Brecon Cathedral, St. Mary's, Swansea, and St. Mark's Episcopal Church, California. Joshua is the organist for the choir of St. Paul's, Covent Garden.