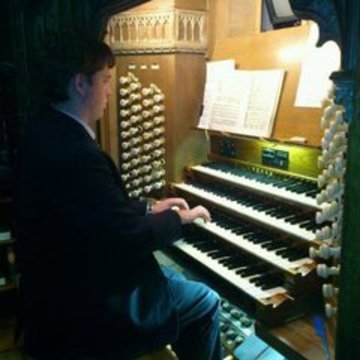 JAMES KEALEY is a professional organist, conductor, musician and teacher. James was the Senior Organ Scholar/Second Assistant Organist at Wells Cathedral, where he regularly accompanied the Cathedral Choirs’ in their daily worship in the Cathedral as well as assisting with the musical training of choristers, working with the probationer choristers’ in particular, managing the vast music library and working as Assistant Conductor of the Wells Cathedral Oratorio Society. James acted as Assistant Organist for the majority of his time at Wells Cathedral. A recent graduate of Royal Holloway, University of London, James received a degree in Music whilst being the Senior Organ Scholar to the renowned Chapel Choir. In this capacity, James accompanied the renowned Chapel Choir in the weekly round of services and concerts, as well as CD recordings and broadcasts on BBC Radio 3. Prior to this, James was Organ Scholar at Blackburn Cathedral, regularly accompanying the Cathedral Choir, and was the Principal Accompanist to the Young People’s Choir and Schola Cantorum. James’ duties at Blackburn also involved teaching singing and music to children in schools as part of an outreach project, and was Music Librarian to nine choirs. Whilst at school, James was Organ Student at Chester Cathedral. Becoming increasingly more active as a recitalist, James has performed at all around the UK, including Liverpool, Gloucester and Rochester Cathedrals, and has also performed extensively in Europe, Canada and has recently completed recital tour around the North east of the USA, with further recitals booked in 2018 both in the UK and in the USA, including a recital at Washington National Cathedral.

Just wanted to say how grateful I am to you for recommending James to play at my daughter’s wedding. James played beautifully and transformed the church for all who were there. Can you please pass on my sincere thanks to James for a job well done. Many thanks David

A rising star, soon to be a household name