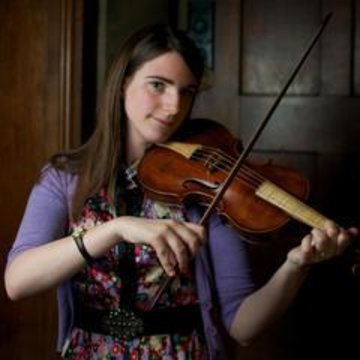 Check availability and get a free quote now - no commitment to book
From£180
Watch & Listen
About Helen
Home page
Helen Roche
Like Helen?
Watch & Listen
Watch
Listen
1 of 1 video

Helen took up the violin at the age of three, and the viola at seventeen. From 2004-2012, she studied Classics at Gonville & Caius College, where she was an Instrumental and Choral Scholar; she is now a Research Fellow at Lucy Cavendish College. During her time at Caius, she held front-desk positions in many of the university's leading orchestras, including Cambridge University Chamber Orchestra and CUMS I, and was also a member of the University's Instrumental Award Scheme. She also began to specialise in period performance, studying with Margaret Faultless, performing regularly with ensembles such as Cambridge University Collegium Musicum and Marnaves Baroque Orchestra, and participating in masterclasses and workshops with (among others) Richard Egarr, Jane Rogers, Steven Isserlis, and Lars Erik Mortensen. Currently, she continues to work professionally with ensembles including Devon Baroque, Chesterton Baroque and St. John's Sinfonia, as well as leading various ensembles around Cambridge, including the Orchestra of the Age of Reason, with whom she recently appeared as a concerto soloist at a sell-out Bach extravaganza in Ely Cathedral. She has also participated in side-by-side schemes with the Academy of Ancient Music, and is a former award-holder of the European Union Baroque Orchestra Development Trust.