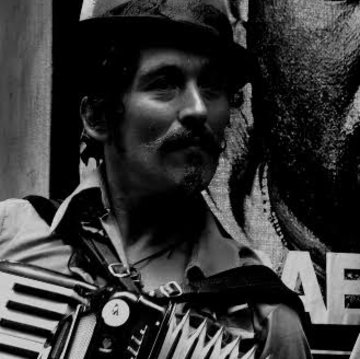 Travelling Troubadour, and musical raconteur, Fingal Capaldi, brings his Original and worldly feel to a collection of Originals and covers,
3 of 7 photos
Guitarist
Maidenhead

From humble beginnings, raised by foxes in the woods of England’s most jocular county Essex, the travelling Troubadour, and musical Raconteur, Fingal Capaldi arrived into the world thus. His journey has seen him traverse the globe, boot-footed and bardsome. He has plied his tuneful trade to audiences from Berlin to Byron Bay to Brixton for over 25 years. With a deep early love of Bob Dylan (Whom for the purposes of this tale we shall refer to as ‘His Royal Bobness’), juxtaposed against the musical and social climate of early 90’s Britain, Fingal packed up his saddlebags in pursuit of fame and fortune in the outer Antipodes; namely Australia. This occa twist of fate lead our traveling Bard through a series of perilous voyages and misadventures, eventually and inevitably landing him in the bohemian capital of this Southern outcrop, otherwise known as ‘Melbourne’. Arriving in this new and fertile pasture, a beautiful organic birth occurred and so the Pirate Gypsy cabaret Rock n’roll band, Rapskallion was born. Fingal’s time with this bunch of wonderfully musical misfits, saw him tour for more than a decade, playing at most of the major music festivals, venues, and events on the East Coast of Oz, as well as two European tours. After the eventual split of Rapskallion, Fingal formed the eclectic Fingal and the Curiosities of Essex, a heady mix of Junkyard blues, West African grooves, and Doors like poetic Rock n'roll. This outfit performed at a variety of gigs and festivals, and set dance floors alight. Since his return to the UK in 2019, Fingal has been honing his craft as songwriter, and performer, and adding an extensive collection of cover songs to his repertoire, as well as recording two new albums of original material, and incorporating loops into his live set. Not so much of a career, as a musical Odyssey, Fingal is a multi-instrumentalist, singer/songwriter and composer, storyteller, and nefarious front man, who has composed several scores for theatre, cabaret, and film. He has performed in a myriad of different scenarios, spanning from a New Orleans Mardi Gras (Fingal and his Phantom Limbs) to being suspended from an oak tree at a Secret Garden Party in Ancient Britain. The tale continues. For how long no one really knows…..

TO
Tom O
1 year ago, for a Virtual event in The Hope

Fingal was great. A unique and original artist, rooted in the best traditions of folk. Has played here a few times now & looking forward to hearing him again.

LIVE MUSIC - A ROYAL GATHERING OF THIEVES. Oct 13, 2018 Come one, come all….to a magical land where Troubadours play. While Princes and Princesses fall in love and Kings and Queens watch on from their courtly thrones and command the music and frivolous playful antics continue long into the night and through to dawn. Such was the performance of which we speak. Known to those in attendance as the ‘Royal Gathering of Theives’. So spectacular an evening it was, that it will go down in local folklore as having been an event of such eminent proportions, that it might be said that it was in fact, all but a dream….. But nonsense! Reality it was! And with a lineup worthy of any stately event. Joining the swaray of Fallen Angels &amp; Devils on the Jukebox, a wandering music maker by the name of Fingal Capaldi serenaded a crowd of earnest and adoring onlookers. His jovial tunes did not belie the heartfelt nature of his song, nor the playful twinkling of his ebony eyes disguise the sophisticated storytelling of his verse. With a Dylanesque story to tell, and a band of raconteurs at his side, the performance was one filled with joy and jubilation for a life well lived. A folk, blues medley with an ethereal flavour that transports his audience into another time and space, Fingal’s music and performance leaves you feeling like you’ve been here before, perhaps many centuries ago. The timelessness of his stories and the transfer of winsome thoughts into beautiful, melodic song is something that bewitched the crowd into the twilight hours. A beat, a swing and a sway and far away into the night we wandered to the sound of his merry tune. And the rest is history…. The B Side Agency Oct, 2018