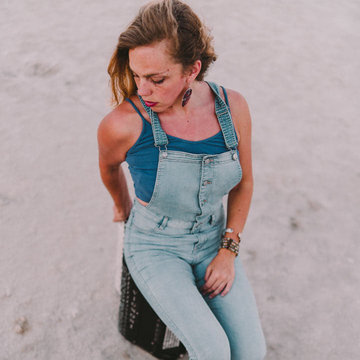 'A major discovery this year' The Guardian. Versatile accordionist with varied repertories and line-ups for all occasions
3 of 13 photos
Accordionist
London
Public liability insurance of £2 million
Verified profile

'Musically a delight..these virtuosic performers are a major discovery this year' The Guardian 'Moving, breathtaking and virtuosic' Lopa Kothari, BBC Radio 3 'Totally Amazing' Lily Allen Faith has 15 years of experience of playing at Weddings, Birthdays, Festivals, Concerts, Corporate Events and many other venues including: - Emir Kusturica's Birthday Party; Anthony Gormley Birthday Party; Fundraising function with Lily Allen; BBC Radio 3 Heritage Roots Live; Picadilly Casino; Novi Jazz Fest; Notting Hill Private Members Arts Club New Years Eve; Le Quecumbar Gypsy Jazz Club; Kate Moss private function. - The Royal Festival Hall; Bristol Old Vic Theatre; Sydney International Festival; Guca Festival; Wilderness Festival; Vienna Arts Festival; Giffords Circus; The Southbank. She performs with the following lineup: Solo - accordion (+ vocals and tabor pipe) Duo - accordion + violin/clarinet/guitar/percussion/vocals/double bass Trio - accordion + 2 of the above Quartet - accordion + 3 of the above Quintet - accordion + 4 of the above (with optional drumkit) Repertoire: She can provide a variety of repertoires for the clients needs. The following genres can be combined as wished: Balkan/French/UK Folk/Classical/European/Golden Oldies An example Balkan set list has been provided in the repertoire section. BIO Faith Elliott studied classical piano from a young age, as well as the organ, violin, recorder, percussion, music theory and composition. She studied 'Ethnomusicology' at the School of Oriental and African Studies in London, specialising in Cuban piano and percussion (which she studied in Havana) as well as the music of Eastern Europe, Tabla, Korean percussion, Mbira and Gamelan. In 2009 she worked as MD for 'Giffords Circus', composing an original Balkan inspired soundtrack and creating a one-man band act. She created radio shorts with BBC Oxford - documenting one man bands and the music of Eastern Europe - before travelling to Serbia with the assistance of the Winston Churchill Fund to study the Roma accordion styles of Central Serbia and to collect sound clips. After an intensive six-month period of study she travelled to Australia to perform with Orchestra Del Sol and returned to work as MD and performer for 'The Garden of Dreams' at Live Theatre, Newcastle. In 2012 she returned to Serbia to implement an Arts Council Overseas Development Grant funded compositional project with Roma musicians and was based in Serbia for the next few years, appearing regularly on documentaries and cultural programmes. She worked as 'comedy musical director' for Giffords Circus, designing and creating original instruments and comedy sketches with Barry Grantham. In 2013 she sourced Serbian Roma musicians to work with Giffords Circus and created an 'East meets West' soundtrack with Director Cal McCrystal. With Roma violinist Branko Ristic and 'Lolo Lovina' she toured Australia in 2014 before co-composing and recording the album 'Gypsy Lover' with Branko Ristic, produced by Nicholas Hooper/ Emir Kusturica. This was released with World Music Network and placed in the top ten European World Music albums. Awarded an Arts Council grant, 'Faith i Branko' toured the UK and Europe in 2016 before working with Lee Lyford and Gwyneth Herbert on the Bristol Old Vic show 'The Snow Queen' - combining electro-soundscapes with Roma music. Faith booked, tour managed and performed the 'Faith i Branko' Australia/NZ Tour in 2018 and is currently recording her second album, sponsored by PRS 'Women Make Music'. Throughout this she has taught music to all ages and values inspiring students with her personal experiences. She offers a duo line-up combining the accordion with the guitar, percussion, clarinet or violin. Her violinist Branko Ristic is the only Roma Gypsy violinist to be performing in the UK - described by BBC Radio 3 as a violinist ‘whom Paganini would be proud of’ has joined with Faith Ristic - a UK performer who’s ‘nimble accordion playing provides a beautiful bedrock’ The Guardian. From a foundation of ‘Serbian-Roma’ music, they have created a style that draws from both of their musical heritages and expresses their unique personal connection. Recent highlights include The Royal Festival Hall, Kustendorf Film Festival & Edinburgh Festival; WOMEX award winning album ‘Gypsy Lover’ - produced by Emir Kusturica/ Nicholas Hooper is 11th in the European World Music Charts; radio play includes BBC Radio 3 Heritage Tracks. They appear regularly on Balkan/Roma TV and their biographical documentary ‘Duo’, is due to be released in 2018; they are recording artists on Emir Kusturicas' latest film with Monica Belluci; toured Australia and Europe – including Enlighten Canberra, The Basement (Sydney), The Homestead (Tasmania), Vienna Roma Fest, Guca Festival and Kustendorf Film Festival; recently completed a tour of the UK, including the Royal Festival Hall, The Southbank Centre, Echo Founders Festival with Anthony Gormley, The Caves (Edinburgh), SOAS Concert Series, The Arts Centre (Glasgow), and are the composers and producers of their WOMEX award winning album, ‘Gypsy Lover’ - recorded at Serbian film Director Emir Kusturica’s Studio, mentored by Nicholas Hooper (Composer/Harry Potter) and released with Riverboat Records/World Music Network. Recent radio play includes BBC Radio 3 Heritage Tracks, World Service with Stephen Fry and 6 Music. 'Gypsy Lover' is placed in 11th position in the European World Music Charts.

they were marvellous. Played twice as long as expected and got all the old folks dancing

Excellent. I needed a Balkan group for an exclusive VIP Serbian event and they were reliable and of very high artistic quality.

They were the perfect subtle, emotional and sensitive group for the service

They made my wedding! The audience was jumping, happy, and astonished by this unusual band fronted by incredible Serbian Gypsy violinist Branko. My friends all had standard function bands at their wedding, but we wanted something that we would remember and would be talked about afterwards. They played romantic acoustic pieces as we walked down the aisle and then blew out the dance floor with their high energy music after we had eaten. Really really great! (10 / 10)

Faith provided the French accordion music that we had booked her for and looked elegant and professional. She understand the needs of this VIP corporate event and we will use her again.

Branko delighted our clients with his violin: it was classy and had an unexpected twist to it! (10 / 10)

This duo began the evening with slow romantic pieces and then upped the energy as night grew later - it was a really good mix of music. (10 / 10)

Leonie B, 4 years ago

They played at my daughters Jewish inspired wedding - and got the atmosphere just right for each moment of the ceremony. They came as a trio and really set the scene in our garden to relax and talk afterwards. (10 / 10)

The band were great! They made our festival and they got quite a few more jobs out of it I think. They were punctual and easy to work with and we'll definitely have them back next year. (10 / 10)

We love Faith i Branko, they turned our outdoor lunchtime barbeque into a real festival feeling - all the parents were taking about it for the next week! (10 / 10)

We went to see them first at a gig in Bristol - and then immediately booked them for our wedding. They were worth every penny and made our wedding a day I'll never forget. (10 / 10)