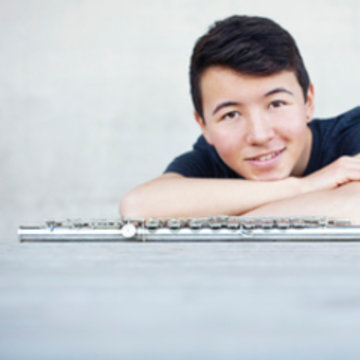 Daniel is a British-Chinese flautist raised in London. He studied at the Purcell School, Oxford University, and Royal Academy, graduating from both universities with Distinction. His main teachers were Samuel Coles and Gitte Marcusson, and he is grateful for masterclasses with Emily Beynon, Sophie Cherrier, and Emmanuel Pahud. Daniel’s playing has been described as “shapely and silvery” (Classical Source) and possessing “virtuosity, charm, and charisma in abundance” (The Telegraph). He has been invited to perform concertos with the Czech National Symphony Orchestra, Oxford Philharmonic, and Orchestra of the Swan, and is a Countess of Munster Recital Scheme artist. He is currently an Associate Member of the Philharmonia and has performed with the London Symphony Orchestra, City of Birmingham Symphony, European Union Youth Orchestra and Lucerne Festival Academy. Daniel has won prizes including the British Flute Society Young Artist competition, Oxford Philharmonic concerto competition, Royal Overseas League’s ‘Sussex Prize’, RAM’s Chris Taylor Flute Prize, DipRAM and Alumni Development Award, Hattori Foundation Senior Award, and Purcell’s Felsenstein Leaver’s award. He was also a televised woodwind finalist in BBC Young Musician. He enjoys chamber music and outreach work, such as for Live Music Now with the Coriolis Quintet, and loves performing and creating new repertoire as a member of the contemporary collective Tangram, who explore cross-cultural Chinese existence. In his spare time, he likes guzzling coffee, sleeping, art galleries, and yoga.

There was though no doubting the talent and commitment of the playing, not least Daniel Shao’s shapely and silvery contribution on flute

TT
The T
8 years ago

About the other winner, flautist Daniel Shao, I had no doubts at all. He displayed virtuosity, charm and charisma in abundance 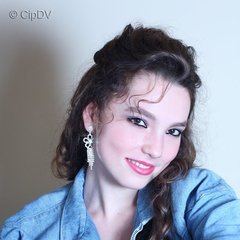 Daniel is a very talented and hard working musician. I attended one of his Wigmore Hall performances three years ago, and was impressed by his ingenious performance of the "Zoom Tube" by Ian Clarke. His technique and stage presence has inspired the audience on that day including myself, knowing that I will perform later on at Wigmore Hall for the first time too.