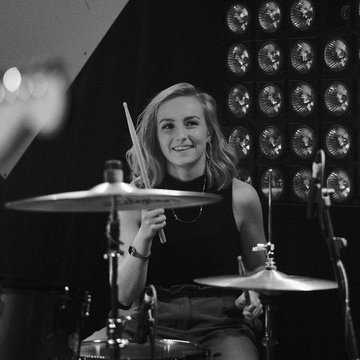 Toni has a variety of previous work including festivals and BBC sessions such as playing for BBC Introducing with Vic Galloway followed by the BBC stage at Electric fields festival and playing on the BBC Janice Forsyth show. As well as featuring on STV live at 5. Toni occasionally plays with artists such as 'LILURA', 'Emme Woods', Scarlett Randle and 'Melissa Kelly & The Smokin' Crows'. However, Toni's main gig is with hyped artist 'Joesef'. Since releasing his first single to his debut EP his tracks have been played on Radio 1 by the likes of Annie Mac, phil Taggart and Clara Amfo. Toni is the house drummer for resident band 'Future Heroes' a 5 Jazz-funk band at The Jazz Bar, Edinburgh. Every Thursday 12 - 2:30am.