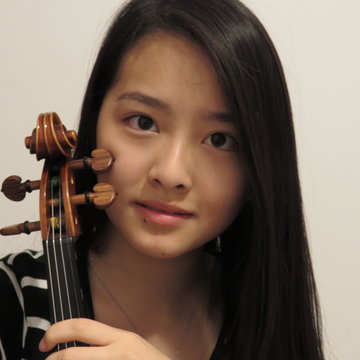 Check availability and get a free quote now - no commitment to book
From£180
Watch & Listen
About Tiffany
Home page
Tiffany Tan
Like Tiffany?
Watch & Listen
Watch
Listen
1 of 1 video

Tiffany Tan was born in Singapore on 14 May 1999. She started her violin classes at the age of six. She attended schools in Singapore, Great Britain (Purcell School of Music) and Poland. Tiffany has participated in numerous competitions and is a laureate of the following awards : the Kocian International Violin Competition (3rd prize in 2012, 2nd prize in 2013); George Philip Telemann International International Violin Competition (3rd prize in 2014, 4th prize in 2015) ; 4th Heinrich Wilhelm Ernst and Karol Szymanowski International Violin Competition (3rd prize in 2016) ; 1st Polish National Competition « Violin Talents » (1st prize in 2017). She gives concerts in Great Britain, Poland, Singapore, the Czech Republic and Russia ; and has performed as a soloist with the Wolfgang Chamber Orchestra of Philippines, Slobodkina Symphonic Orchestra of Moscow and the Music Theatre Orchestra of Poznan. Tiffany took part in « Workshops with Laureates », organized by the Wieniawski Music Society of Poznan, with Professor Z. Bron, P. Pławner and K. Urushihara. Since 2013 she has been perfecting her skills in Poznan, under the tutelage of Professor Bartosz Bryła. Tiffany Tan has graduated from the F. Chopin Secondary School of Music (cum laude). In 2015 she enrolled at the I.J. Paderewski Academy of Music in Poznan, where she studies with Professor Bartosz Bryła and Michal Bryła.