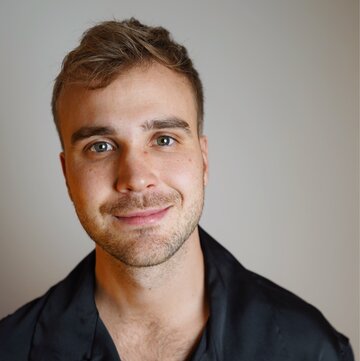 Fantastic skills, fantastic attitude - a must have for any event.
3 of 6 photos
Percussionist
London

In 2016 Thomas left his hometown Augsburg in the South of Germany and moved to London in order to study a Music Performance and Production degree at the London Centre of Contemporary Music (LCCM). He also had private drum tuition with Pete Cater, Carter McLean (Lion King New York), Ralph Salmins (Elton John, Stevie Wonder), Rich Brook (ABC, Take That, Sugababes) , Daniel Mullowney, Claus Hessler, Gabor Dornyei, Bryan McLellan. He has got extensive experience and knowledge of various styles of music, in addition to having played in a number of bands across Europe. His positive attitude and outstanding skills on his instrument guarantee make him a fantastic addition to your event.

If I am notified early enough, that should not be too much of a problem normally. It always depends on the circumstances on the day obviously but I always try my best to cater for the clients' needs if possible and make it as stress free for them as possible.

I usually take between 15-30 minutes to set up.

Yes I am happy to play specific song choices if possible, normally I don't charge extra for this unless it is a very unusual song that requires some extra preparation.

The good vibes and fun I bring to their event!

I've been lucky enough to perform at all sorts of different venues all across the UK & Europe, including anything from places like the O2 Islington to yachts, TV Studios, Rooftops, major festivals and many more.

An excellent team player that responds well to the challenge of being put in situations out of his comfort zone, (...) delivered to an extremely high standard musically

I think that his positive mindset, his creative ability, his focused attitude and his skills on the instrument are a solid foundation from where he can achieve his goals if he continues to work as hard as he does

Fantastic player and fantastic personality - always a pleasure to work with.