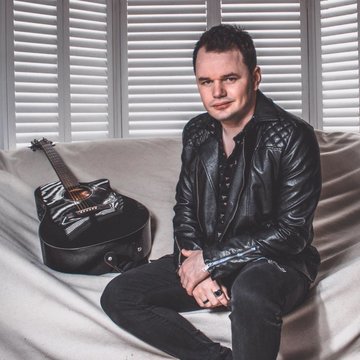 Check availability and get a free quote now - no commitment to book
From£180
Watch & Listen
About Thomas
Song list
Home page
Thomas Kavanagh
Like Thomas?
Watch & Listen
1-3 of 5 videos

3 of 4 photos
Singer
Exeter
Thomas takes influences from a variety of modern pop and rock bands, such as The Script and One Republic.

After performing as the lead singer for the rock group ‘I Divide’ for 8 years, he’s now doing things alone. His recent track ‘Best Of Me’ made the cut for ‘Track Of The Week’ on BBC Introducing in Devon, back in 2016. He’s recently completed self-producing his debut EP ‘Pathfinder’, out now. Thomas takes influences from a variety of modern pop and rock bands, such as The Script and One Republic. He’s often praised for the diversity in his voice, showing that he can easily flip between gritty high vocal hooks and melodic lows. With the release of his EP it's been picked up by National food retailer 'The Cooperative' which they've added his lead single 'I Can Be Your Superman' which is now being played along Taylor Swift, Shawn Mendes and many more across 2,000 stores.