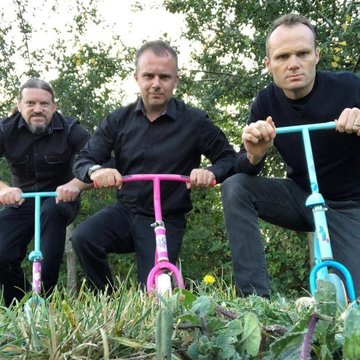 About The Nine Mile Riders

3 of 10 photos
Cover band
Reading
Public liability insurance of £2 million
Classic soul and vintage rock 'n roll 3 piece from Berks. If you can't dance to it, we don't play it. Not just musicians, but entertainers.

WE DON"T JUST PERFORM - WE ENTERTAIN! Formed in early 2015, The Nine Mile Riders have built up a reputation as one of the most, entertaining, tight and fun 3 piece bands on the circuit. They have a manifesto of sorts ; 1 - if you can't dance to it, they don't play it 2 -they (mostly) don't play anything written after 1974 (unless it's a really special request!). The band are fused together by a mutual love of early Elvis, 50s and early 60s rock n roll and the classic soul of Motown and Stax/Atlantic. They also thrown in a few curve balls here and there to get he crowd singing, dancing and laughing.

To the amazing Nine Mile Riders, Thank you so, so much for making our wedding day so extra special! Mel and I had a brilliant evening (she's unbruised you'll be glad to know! Although she has decreed that being flung around the dance floor is not to be repeated... strangely enough). All of our guests have commented to us how brilliant you guys were, even my Dad who's usually v hard to please! Once again, thank you so much for bringing such great vibes to the wedding day and doing a smashing rendition of our first song! Really well played!

“Thanks for a brilliant night, loved the way you interacted with us all and considering the age range 15 to 70 years it was amazing that you played something for everyone. You were absolutely brilliant and made our family party!”

Booked these guys for my wife's 40th. They were amazing from start to finish, great communication throughout the booking process as well. I can't recommend them enough, thanks again guys !!

Booked these guys for my wife's 40th. They were amazing from start to finish, great communication throughout the booking process as well. I can't recommend them enough, thanks again guys !!

Great gig at The Moderation last night guys, very entertaining. Hope to get to the Broad St Tavern gig

MASSIVE THANK YOU to these 3 guys for an amazing birthday bash last night - they are truly fantastic! Everyone that came commented on how brilliant you are - thanks guys

Thanks so much for playing at our work BBQ today. Not easy to get a whoop out of a finance team midday, but we all loved it. Fancy doing our Christmas one?

Great band ! Played at my pub and rocked the house ! Had everyone up and dancing all night! Can't wait to have you guys back next month

Having had these guys play at Boaters Bar 5 times (with more dates in the diary!) I can highly recommend them & am very happy to do so. Great musicians, awesome gig list & they connect with our crowd - always a good thing to do!! Morag