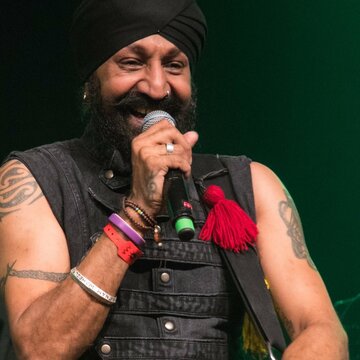 About The Dhol Foundation

PC
Peter C
3 years ago, for a Concert in Wickham

The Dhol Foundation Whilst some acts transfer well to TV / on-line viewing, others you can only truely appreciate live when your body shakes … we’re welcoming back The Dhol Foundation after they made such a huge impression to our 2015 and 2017 audiences. They’ve proved a real Wickham favourite so it’s another bhangra bonanza on Thursday 2nd August 2018. These guys know how to put on a stunning show … Wickham, you want vibrant enery? They’re back!!! We’re not sure any other festival could claim to have a bhangra based house band. On our opening night we’ll be welcoming some unique Indian culture to get us jumping on our feet something a little out of the ordinary but a real treat as master Dhol drummer Johnny Kalsi brings his band to Wickham. Best known for their rousing performance at the closing ceremony of the London 2012 Olympics, the Dhol Foundation have travelled the globe promoting the unique and indigenous sound of the Dhol drum to the masses. It is a sight and sound to behold so don’t miss it.