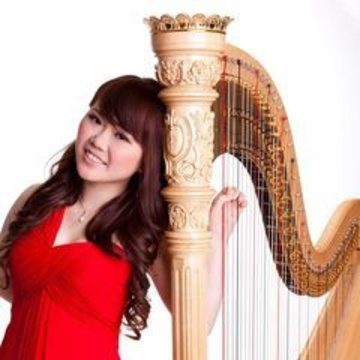 Please visit my wordpress web at SunshineLoHarpist for more info. Since childhood, Sunshine Lo has been passionate about music, especially the harp. She is currently in her Masters course, studying with Karen Vaughan at the Royal Academy of Music in London, and has gained her BMus with First Class Honours. She previously studied in Hong Kong under Dan Yu, the winner of the 5th USA International Harp Competition. As a solo harpist, Sunshine was highly commended in the Guy Magrath Harp Prize 2017, performed in ‘Focus on Youth’ and participated in Susann McDonald’s Masterclass during the World Harp Congress 2014 in Sydney. In 2014 she was invited to perform as a soloist in the Rising Stars Asia concert of the Korean Harp Festival and also won a Gold Medal in the First Hong Kong Harp Competition in 2010. Sunshine has performed in many orchestras in recent years, including the Royal Academy Symphony Orchestra, The Saffron Opera Group and the Hong Kong Festival Orchestra. She performed and recorded an album with the Manson Ensemble under the baton of Oliver Knussen. She is currently a member of the Royal Academy Harp Ensemble. Her harp quartet in Hong Kong did an Asia premier on Paul Patterson’s piece in the World Harp Congress 2017. In addition, she joins the Open Academy (RAM outreach department) frequently in community projects, working with children, hospital patients, people with dementia and learning disabilities. Highlights include her harp playing at the Wigmore Hall Open House Day, Camden Cluster Festival for primary schools, and a dementia care project at the Glyndebourne opera house. Apart from classical music, Sunshine particularly enjoys Jazz, improvisation and hymn arrangements for harp solo. She gave a Jazz recital at the World Harp Congress 2017, and she frequently performs her hymn arrangements in recitals and outreach events. Her arrangement of How Great Thou Art has been featured in an interview with the Hong Kong Creation TV. She also loves to play period instruments. She is the first harpist in Academy history to play the baroque triple harp in a final recital. Sunshine is generously supported by the Drake Calleja Trust, Calleva Foundation Scholarship, St Marylebone Educational Foundation and the Help Musicians UK award for her Masters course.

Had a super day, thanks for your music.

Talented musician with great subtlety, delicacy and colour in her playing.