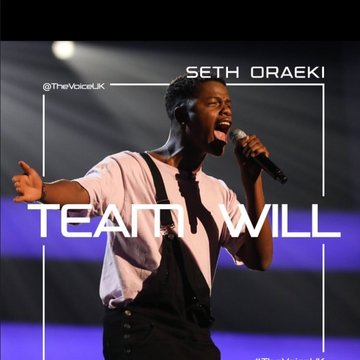 Aspiring young artist with talents in many areas such as Music, Drama and also dance. Seth first picked up an instrument at the age of nine and later earned a grade 6 at drums, later on during his time in secondary school he explored other instruments such as vocals, guitar, electrical guitar and now in his first year in college he has succeeded in creating 8 official composition and 4 recorded in a professional studio and going through in The Voice UK 2019 on Team Will. He has always loved performing and the feeling of knowing that his gift can bring gifts and happiness to other people. He loves the smile his music brings to other people when he performs it inspires Seth to carry on going. "It's extraordinary the impact a guy and a guitar can bring". He thanks God every day for it. Seth strives to become a singer song writer and take his talents to higher heights.

Was a beautiful addition to the wedding atmosphere amazing performer and beautiful singer.

amazing performer definitely one to look out for in the future...

Beautiful Voice and connection with the audience.

1st Place with an outstanding