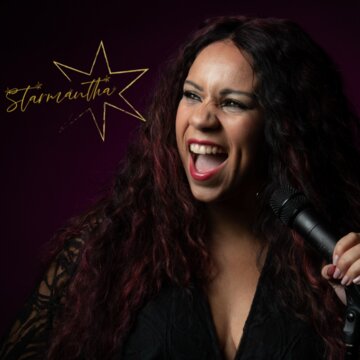 The little lady with the big voice! Adding a retro soul flavour to all your favourite hits! *Currently on Maternity until October 2018*
Singer
Bury
Public liability insurance of £10 million
Verified profile

Roxi has been doing the UK circuit as a solo Soul/Motown vocalist for over 7 years now and has also launched herself into the world of dep. vocals in wedding bands and UK theatre shows. She is available as a self-contained solo act or as a live 5-piece band including Keyboards, Guitar, Bass and Drums - for the more lively occasion with a larger budget. Roxi is a talented and passionate singer/songwriter who has worked with various producers, bands and UK record labels. Every year she takes it up a level by collaborating with budding artists in the music industry and fronting well-known stages across the UK - always eager to expand her knowledge and experience of the music industry. She attended Tech Music Schools in London and here, was chosen to perform at the O2 Empire in Shepherds Bush to an audience of 1500. This is not the the only time she has fronted a major main-stage as in 2013 - Roxi was the lead singer of Rock band Littlecrazy (PCS Records) and fronted some huge stages such as Don Valley Stadium, Loominus Festival and O2 Academy Sheffield Main Stage. She also did a mini-UK tour, gracing such stages as the Classic Grand - Glasgow, Southampton-Joiners and Nottingham-Stealth. Roxi is also a former member of a highly acclaimed blues/rock band called "Roadhouse", who have been touring the world for over 20 years and have 11 albums. She did backing and lead vocals as part of a very dynamic team of musicians, signed to the Blues Matters record label and went on tour across the UK and Europe.

Standard Prices
All prices include:Self contained PA for capacity venues of up to 100 people and basic lighting.

Verified
Michael B, 1 year ago

Roxi' played at our club - Garswood Conservative Club - on Saturday night (23/09/17). She was a thorough professional. She has it all, a great voice, great personality and is a genuinely nice person. The variety of songs she sang appealled to all ages and everyone who was there loved her. She's played twice this year at our club and I hope to see her again in the near future. Thanks for a great night and good luck in future ventures.

I can highly recommend Roxi. Has a fantastic voice and is very professional. She does a fantastic rendition of "Skyfall" amongst others. Wouldn't hesitate to book her again. Left our customers wanting more

The highlight of the first half was possibly not surprisingly the final number, a large song and dance number ‘BIG TIME’ was sung superbly by my favourite performer of the night Roxi Richards. Richards throughout the evening impressed with her strong vocals and I shall be keeping an eye out for future performances she is in.

Once again Richards impressed with a superb version of ‘Why Don’t You Do Right’ with the choreography allowing her to wander round the stage teasing the male cast members as they sat in a cocktail bar. 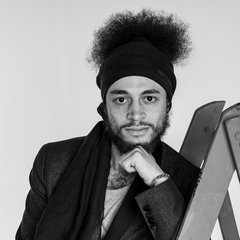 Have performed with Roxi a couple of times last year and would highly recommend her. Has a great knowledge of function music and always thoroughly learns any requests. Very professional with a great stage presence and fantastic voice.

Singers in the UK
Singers in Bolton
Singers in Rochdale
Singers in Salford
Singers in Manchester
Singers in Oldham
Customer Service
Discover
Company
As seen on
© Encore Technologies, Ltd.
Crafted with bagels and in London