(5.0)Read all 10 reviews
Watch
Check availability and get a free quote now - no commitment to book
From£250
Watch & Listen
About Sam
Reviews
Home page
Sam Warner
Like Sam?
Watch & Listen
1 of 1 video

Sam has recently completed his course at Cardiff University where he studied cello with Alexandra Robinson, Stefan Knapik, and Dewi Watkins. During his time at the University, Sam has been the principal cellist many of the university’s ensembles, including the symphony and chamber orchestras, and the contemporary music group. Additionally, Sam is also an active chamber musician, performing with amongst others, the piano trio Trójka, and the post-tonal improvisation ensemble, Oblique3. In March 2015, Sam made his concerto debut with Cardiff University Sinfonia as the soloist for the Elgar Cello Concerto, conducted by Andy Thompson. Sam’s interest in contemporary music; especially the development of the repertoire for solo cello has led to the commission of numerous new works for the instrument. Recently this has included Aigaion by James Gaddas (February 2015), and a new work for electric cello, effects, and stereo sound system by composer Martin Humphries (June 2015). Along with his classical experience, Sam's interests extend to Musical Theatre. He regularly performs in pit bands playing cello and bass guitar for productions - previously with CPYT company in Southampton, St. David's Catholic Sixth Form College in Cardiff and recently, the newly formed LMTO in London.

Not only a brilliant musician. Sam was great at communications, so professional and so helpful (particularly for a multitasking bride)!

Sam was amazing. We had lots of compliments on the day. Thank you Sam, for being part of my son and daughter-in-law’s wedding day and making special memories.

Verified
Pete B, 1 year ago

Sam was really helpful with suggestions and quick to respond to questions and requests. On the day his playing was lovely and made it a really special way to remember and honour our Mum.

Sam was great. A wonderful musician of the cello. And worked hard to practice the piece of music we wanted. Thank you.

Verified
Jacob B, 3 years ago

Sam was very professional, helpful and a very good sight reader. I would definitely book him again and recommend to other musicians looking for a cellist in the Cardiff/Bath area.

Jacob B, 4 years ago 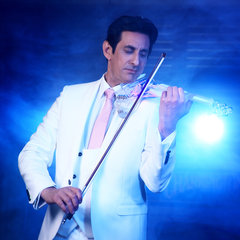 I had a chance to meet and play with Sam in July 2016 and can confirm that he is a very confident, professional and reliable player. I look forward to meeting him again in the future. David Giardino GIARDINO STRINGS