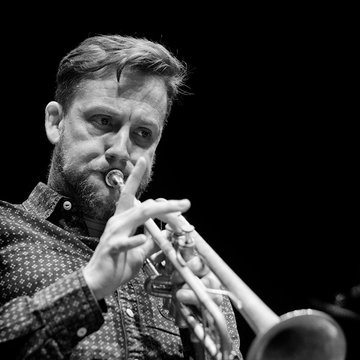 Check availability and get a free quote now - no commitment to book
From£180
About Robbie
Home page
Robbie Robson
Like Robbie?

Robbie studied jazz at both Leeds and Guildhall Schools of Music, where he won prizes for Outstanding Musicianship and Composition. He was a national finalist in the Young Jazz Musician of the Year 1999, and the runner up in the Perrier Young Jazz Musician 2000. He is active on the contemporary Jazz scene in London, playing regularly at Ronnie Scott’s, The 606, the Vortex jazz clubs with many different groups including the Matt Wates Quintet, Frank Griffiths Nonet, Hans Koller, Gareth Lockrane Septet, Alcyona Mick Quintet, The Calum Gourlay Big Band, the Million Dollar Big Band, and the London Jazz Orchestra. He has also worked with Sir John Dankworth and Dame Cleo Lane, Phil Woods, Mike Gibbs, Evan Parker, Jamie Cullum, and the James Taylor Quartet. He has recently recorded albums with both Bill Frisell and Steve Swallow. Robbie is one of the musicians that make up the ‘Loop Collective’ and his own band, Dog Soup, has received much critical acclaim from press and audiences alike. Robbie has been a Professor on the teaching staff at the Guildhall School of Music for the past 8 years.