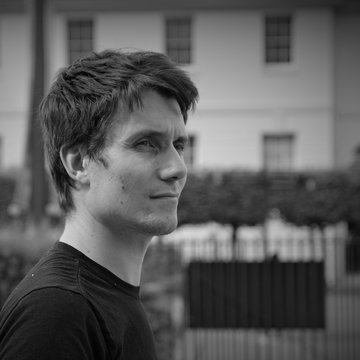 I started learning the piano at the age of 6 in my hometown, Cheltenham where I studied the piano up to grade 8. In 2002, I gained a scholarship to study at Chetham’s School of Music in Manchester where I studied piano with Peter Lawson. With an entrance Scholarship I went onto complete my undergraduate degree in music performance at the Royal Northern College of Music in Manchester graduating in summer of 2008. As a classical pianist, I've played in various venues around the UK for music clubs, societies, and in the Bridgewater Hall’s foyer recital series. I have also enjoyed playing in different chamber groups, performing with top soloists and touring as accompanist with various choirs. In 2005, I performed as a soloist in the Cheltenham International Music Festival in the young artists series alongside the royal harpist after winning the Taylor Young Rose Bowl. I've arranged, conducted and recorded for radio broadcasts, and my latest UK tour was my duo with one of Norway's foremost Hardanger fiddle players, Sturla Eide which met a comment from BBC's Across the west radio presenter Johnny Coppin as 'some of the very best fiddle and piano playing you'll ever hear!' As a piano accordionist, i've performed at many events all around the UK, including for Manchester United football club's Christmas parties at Old Trafford. I regularly perform Irish, English, Scottish and Scandinavian folk music with various ceilidh bands and for folk music events. Since moving to London in 2013, I’ve also been teaching music and piano privately and in many schools including: Hill House International Junior School, Knightsbridge St Anthony's Boy's School, Hampstead King Alfred School, Golders Green Trevor Roberts School, Swiss Cottage Wimbledon College Finchley Music School, Hertswood Academy, and 6 other primary and secondary schools in Brent.

Thank you for a pleasant evening of lovely accordion playing.

Performs with passion and virtuosity