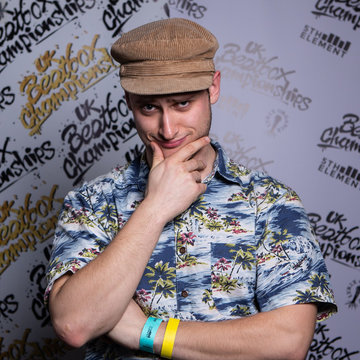 Max Lozowsky is a talented multi-instrumentalist and vocalist based in Liverpool.

Max Lozowsky began performing as a child, beginning in classical music on the tuba. He has since progressed across multiple genres and become a talented and varied multi-instrumentalist and vocalist. Past achievements have included singing for Queen Elizabeth II on her Royal visit to Dublin in 2009, winning the 2014 Irish Youth Music Awards with his band 'The Left Backs' (the first group from Northern Ireland to win the award). In 2015 he left Belfast to attend Liverpool Hope University to obtain his music degree. Hope gave him many opportunites; he performed regulary with the universty a cappella ensemble 'Voices of Hope', performing at graduations, high profile dinners and even Goodison Park football ground, home of the Everton Football Team. While focusing on his studies, Max still found time to perfom with 'The Left Backs', bagging a slot at Liverpool Sound City 2016 Upon completing his degree, Max found himself in the real world needing to earn a living. To that end, he regularly plays functions and cover gigs around Liverpool and the rest of the UK, both with 'The Left Backs' and as a freelance musician. Still wanting to improve his classical style, Max auditioned for the Royal Liverpool Philharmonic Choir, and was accepted as a bass in the choir for the 2018-2019 season. This afforded him the opportunity to work with one of the UKs most forefront choral directors, Ian Tracey Max has more recently made his competitive beatboxing debut as 'Felipe Thon Phlop' at the 2019 'UK Beatbox Championships' in London in the Loopstation category. Unfortunately he did not make it past the elimination stages, but is currently practicing hard for next year's event!

Standard Prices
All prices include:All Equipment Provided
NEW!Virtual services
Personalised Music Message
Book me to create a unique music video for you to send to a friend as a gift. This could be a birthday message, first dance song for a wedding anniversary, or just your friend's favourite song to cheer them up.
£30
Zoom bomb
I'll jump into your Zoom call and surprise your friends and colleagues with a unique song!
£70
Bespoke music video
I'll produce a unique music video with professional recording equipment. I can customise the video with your own branding and lyrics!
£65

Such a brilliant way to liven up another company Zoom call! Max is brilliant - really engaging, funny and the perfect performer.

Too real. There's only one Felipe Thon Phlop.