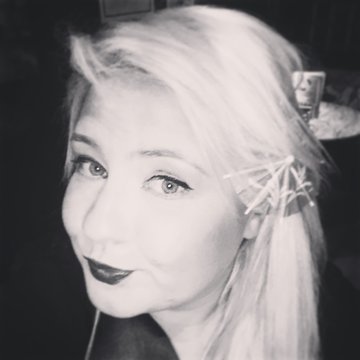 Maida are an acoustic/electric pop covers duo hailing from Cheshire. We met at a mutual friends wedding in 2017 and have been working together since. Marc has been in bands of many genres over the 16 years hes been a guitarist and backing vocalist, but in 2014 decided to try something different and went solo, utilising a loop pedal and since then adding a synth pedal to allow a wider arrange of covers and a fuller band sound, all from one guy with a guitar and a particular vocal skill set. Jaida has been singing since the age of 6 years old, has had mixed genre vocal coaching and studied performing arts at South Cheshire college, her influences include adele, etta James, and James Arthur, and her claim to fame is she once sang with Shane Ritchie

Vallire - ami whinehouse
Close to me- Ellie gollding
Foundations- Kate Nash
Rewrite the stars -James Arthur
Budapest - George Ezra
Out of reach - Gabrielle
Someone like you -Adele
Three little birds - Bob Marley
When I was your man - Bruno Mars
The A-team - Ed Sheehan
Make you feel my love - Adele
Titanium - Calvin Harris
Came here for the love - Ella eyre
One kiss - dualepa
New rules - dualepa
At last - Etta James
Bootylious - destinies child
Shallows - lady gaga
Shake it off - Taylor swift
Someone you loved - Lewis capaldi
Castle on a hill - Ed Sheehan
All of me - John legend
Spice up your life - spice girls
This is a mans world
Let’s get it on - Barry white
Everybody get up - five
Everybody - backstreet boys
These are just a few examples of the different songs and styles we cover. If you have a specific set of songs you would like us to play just let us know
Customer questions

Yes with at least 2 weeks notice

Very vibrant duo great songs amazing vocals from both Marc and jaida. Had everyone up dancing and singing full of life

Very professional performance was second to none absolutely fantastic Jayde’s vocals were beautiful. They covered a wide range of genres for all the family of all different ages definitely recommend them to anyone who is looking for a cover band and would definitely consider them for any future functions