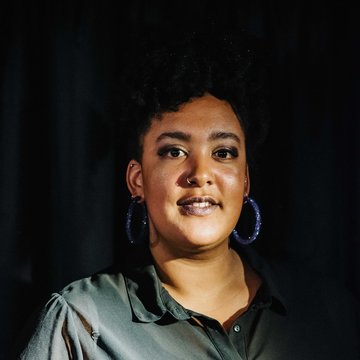 Born and raised in Germany to a very musically talented family, Lisa was exposed to music from birth and started singing before she could even talk. As a teenager, she began her classical vocal training to strengthen her mezzo soprano voice. Over the years she has acquired a wide range of musical styles including Kunstlieder, classical Arias, Gospel, Jazz and Soul. She has been a part of numerous gospel and classical choirs in Germany, New York and London and performances in numerous London venues and Britain’s Got Talent under her belt. She has been a member of the musical project Lizaraz which she founded with a school friend, broadening her musical range to trip hop sounds and gaining experience as a recording artist. Her longer running shows include a production of Secret Cinema and most recently supporting Hugh Jackman in his show at the O2 Arena for six nights.

We always try our best to be flexible to help ensure your event runs as smoothly as possible. If timings change slightly in the run up to the event just let me know.

Absolutely. I can provide and iPod service between sets and I offer this service for free.

I would prefer to have 30 minutes set up time before performance time.

Absolutely. Additional fees may apply, depending on how many new songs I would have to learn.

Thank you so much for being a part of the event last week! We loved having you, as did our guests.

The Independent Musicians Collective (IMC) a talented 8-piece vocal collective performed at the Hampstead Summer Festival on the Hampstead Jazz Club stage and received a warm welcome from the thousands of people at the festival. A 6-piece for this occasion, performed some stunning arrangements of music that people were familiar with from jazz, soul and Motown and had the crowd dancing in the streets! As a follow-up, IMC performed in the intimate Hampstead Jazz Club which is known for its quality and diverse programming, situated in the basement of the Duke of Hamilton Pub, IMC performed at the After-Party showing off their musical abilities as a vocal collective accompanied on the club’s baby grand piano by their talented pianist.

We absolutely loved having IMC perform at our wedding ceremony - their upbeat, joyful Motown and jazz covers helped make our ceremony personal, fun and memorable. They had our guests dancing along to Stevie Wonder’s As, welling up to Etta James’ At Last and singing along at the top of their voices to L-O-V-E by Nat King Cole They were happy to take requests, including arranging a version of 'Higher and Higher' for the day. IMC provided an incredible soundtrack to our wedding and we would highly recommend them to any couples putting together a personal, fun, contemporary ceremony.

IMC gave me goosebumps. They have such energy and passion on stage that their show was a joy to watch. There is an incredible amount of talent in the group - the soloists were flawless, the voices are so varied... and the way the group harmonise together is something else. Highly recommend!