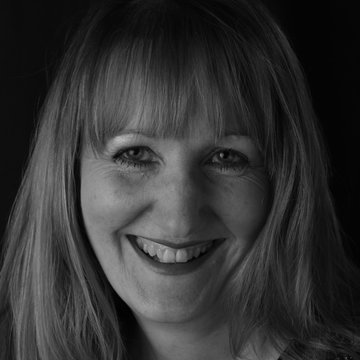 I am a soprano with a warm, lyrical quality and the ability to sing coloratura passages effortlessly. Most at home in Handel, Bach, Mozart
Singer (Soprano)
Cirencester
Public liability insurance of £10 million

Linda Gerrard was a prize-winning student at the Royal Northern College of Music, winning the Freckleton Prize for Singing in her final year. Her career has taken her throughout the UK and also to Europe and North America. Her most recent operatic roles include Comtesse Adèle / Le Comte Ory at the Rossini Festival in Bad Wildbad, Germany under Brad Cohen to international critical acclaim and the cover of Aspasia in Mitridate, Re di Ponto for the Royal Opera, Covent Garden under the late Richard Hickox. Her other operatic engagements have included Bellante / Almira at the Bremen Opera House with Fiori Musicali, in a production which also went to the Halle Festival; Josephine in Martinu's Comedy on the Bridge with the Northern Sinfonia; Konstanze / Die Entführung aus dem Serail with the Orchestre National d'Ile de France under Marc Minkowski and Gilda in Rigoletto for Opera Holland Park. She has also performed the roles of Erste Dame in Die Zauberflöte and Barbarina in Le Nozze di Figaro for Pavilion Opera and Oskar in Un Ballo in Mascera and Micaela in Carmen for Kentish Opera. Her international concert career has included a European Tour (including performances in the Aix-les-Bains Festival, Amsterdam Concertgebouw, Antwerp and Paris) with Marc Minkowski and Les Musiciens du Louvre as The Angel / La Resurrezione, the J. S. Bach Easter Oratorio under Roy Goodman in Spain, Messiah with the New Hamilton Orchestra, Canada, the Telemann Consort, Germany and in Rouen, France with Richard Cooke. UK performances include Messiah with the English Symphony Orchestra, the Nelson Mass at the Queen Elizabeth Hall at London’s South Bank, Lloyd Webber Requiem with the Scottish Opera Orchestra, Elijah with Sir Willard White in Southwell Minster, Poulenc Gloria at the Royal Concert Hall, Glasgow, Rossini Stabat Mater at Westminster Abbey and Verdi Requiem in Wells Cathedral. She has also appeared frequently at St John’s Smith Square, the Brangwyn Hall, Swansea, and in Canterbury, Chester, Gloucester, Leicester, Lichfield, Lincoln, and Ripon Cathedrals. Her recording as Bellante in Almira with Fiori Musicali, Bremen, under the direction of Andrew Lawrence-King is available on cpo CDs. In January 2009 it was featured on the BBC Radio 3 Handel Opera Series to commemorate the 250th anniversary of Handel's death. The Rossini opera, Le Comte Ory in which she sings the role of the Countess de Formoutiers was released in June 2007 on Naxos. In 2017/2018 she will perform both secular and sacred Handel Cantatas with full period instruments in a series of concerts around the country. Linda was recently interviewed about her life and work, live on BBC Radio Gloucestershire.

I recently had the privilege of working with Linda when she was the soprano soloist in my performance of Haydn's Creation in Cheltenham. She gave a superb performance, displaying a versatile technique and expressing the varied colours of the music...

Linda has a beautiful voice with the flexibility to perform all the major choral works. She is always well prepared and works well with other soloists and conductor.