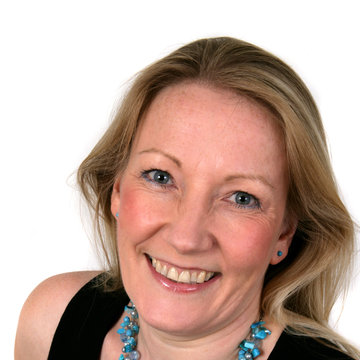 Lesley-Jane is a Classically-trained soprano soloist who has graced many a "big event". Oratorio soloist, recitalist, wedding singer, etc

Bring a touch of Classical class to your event... Royal Academy of Music-trained Soprano Lesley-Jane Rogers is heralded as one of the most versatile soloists of today, and is renowned for her captivating and evocative performances. An established concert soloist, she specialises in oratorio, “vocal concertos”, solo cantatas, recitals and contemporary music, and has a vast repertoire of several hundred works*. She studied singing and piano at the Royal Academy of Music where she won several prizes, and has since been made an ‘Associate’ in recognition of her eminence in the profession. Her extensive oratorio repertoire encompasses the mainstream panoply – she frequently performs works by Bach, Handel, Haydn, Mozart, Mendelssohn, Elgar and Verdi – as well as many more unusual pieces. An exuberant performer when required, she is also a natural choice for new works, and for large-scale pieces and for new works in particular. Lesley-Jane has worked with many leading conductors and orchestras, and her discography numbers some 40 CDs, including several new-music releases for the specialist label Metier, as well as various English composer CDs for the Divine Art, Toccata Classics, Campion/Cameo, Hyperion and Prima Facie labels. A keen exponent of contemporary music, Lesley-Jane has given more than 180 premières, and is honoured to be the dedicatee of various songs and song cycles. Large-scale premières include Joseph Phibbs’ Tenebrae, and Michael Finnissy’s Favourite Poets, but it is perhaps for her numerous chamber music recitals that she is best known. Lesley-Jane is also in demand as a “vocal concerto” soloist; in particular her affinity with Strauss's Four Last Songs, Ravel's Shéhérazade, Finzi's Dies Natalis, Canteloube’s Songs of the Auvergne, Mozart’s Exsultate, jubilate and Bach’s Jauchzet Gott makes her a popular choice for this task. She is also an engaging recitalist and works with the award-winning pianist Jennie-Helen Moston, with whom she has recently released a CD of songs and anthems by British composer Peter Lea-Cox. * Repertoire items listed on this site are standard repertoire items only.

It almost certainly won't be a problem. However, it's best if you can get in touch as soon as possible so that I can amend my timings accordingly.

I generally like to be there an hour before the start, so that we can set up and get the rehearsal out the way before people start arriving.

Absolutely! The choice of repertoire is entirely yours.

It may be that I already know it anyway (!), but, if not, given enough warning I am always happy to learn new repertoire.

My engagement with an audience/congregation - they feel "drawn in" and part of the performance.

The Barbican, The Purcell Room, The Royal Albert Hall, St John's Smith Square, St James' Piccadilly, many Cathedrals and churches, and many Festival venues such as Lake District Summer Music, and Dartington.

Standard Prices
All prices include:Travel costs up to 25 miles each way.
NEW!Virtual services
Personalised Music Message
Book me to create a unique music video for you to send to a friend as a gift. This could be a birthday message, first dance song for a wedding anniversary, or just your friend's favourite song to cheer them up.
£15
Lesley-Jane

We chose Lesley-Jane to come and sing at our wedding last weekend and without her, our service wouldn’t have been so beautiful. Not a dry eye in the room… thank you so much for making our day overwhelmingly special!

SM
Simon M
4 years ago, for a Concert in St Andrew's Church

Dear Jane It was lovely to see you last night and equally lovely to hear you! You were in such super voice - I thought the Agnus Dei in the Coronation Mass was just simply exquisite! You have a very strong following in Steyning and many told me last night and this morning how much they enjoyed your singing. Many thanks, Simon

TE
Tom E
4 years ago, for a Concert in Rendcomb College

Dear Jane, Many thanks for your wonderful performance at Rendcomb last night – I have had many admiring comments about your singing this morning. It really lifted the concert, and I enjoyed working with you immensely, so thank you once again for your part and one which I know will live with our students for a very long time. All best wishes, Tom Tom Edwards Director of Music Rendcomb College