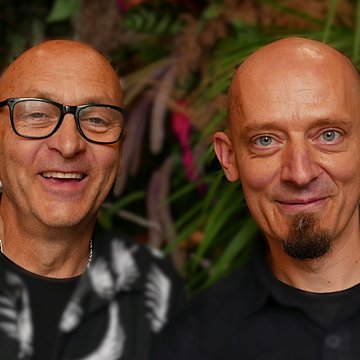 Kelvin Christiane has been leading his own bands for the past fifteen years and has released twelve CD’s of his originals and standards. The latest CD ‘The Arrival' (September, 2013). A graduate from the Leeds College of Music he has played with artists such as Bernard ‘Pretty’ Purdie, Pucho & the Latin Soul Bros, Roberto Pla's Latin Ensemble, Gilad Atzmon, Alan Barnes, Don Weller, Bob Martin, Roland Perrin's Blue Planet Orchestra, Peter King, Dave O'Higgins, Derek Nash, Steve Waterman, Alex Garnett, John Etheridge, Dave Cliff, Ross Stanley...Kelvin performs regularly at the major festivals in the UK and Europe which has included Nice and Montauban, France. Sopot France.

The way you look tonight
Ain't no sunshine
Just the two of us
Girl from Ipanema
Isn’t she lovely
Strangers on the Shore
Take 5
In a mellow tone
Summertime
Over the Rainbow
Round Midnight
Body & Soul
You, the night and
the music
In a sentimental Mood
Tuxedo Junction
Morning Dance
Desifinado
I’m in the mood for love
I can’t give you
anything but love
Bring me Sunshine
Star Eyes
On the sunny side
of the Street
Don’t get around
much anymore
There will never be another you
Wave
You are the sunshine
of my life
Georgia
Ain’t misbehavin’
Bye Bye Blackbird
Black Orpheus
All of me
Autumn Leaves
Fly me to the moon
It’s only a Paper Moon
One note Samba
When you’re smiling
Theme from The Godfather movie
Take the A train
Customer questions

Vocals, Guitar, Keys, Drums. We also have a 7 piece option that includes trombone and Trumpet.”

Absolutely. This is a really popular request and we actually offer this service for free. If you'd like a DJ service via our PA after the final set until the venue closes, we provide this for an additional £200.”

We usually set up about 1 to 1.5 hours before the performance time. As soon as our PA is set up we can provide a free playlist service to help set the atmosphere and get your guests ready for our live performance!”

Yes - but only the saxophone

Our PA and lighting system is included in your quote. We usually require a minimum of 6m by 4m space to perform”

If a song isn't included in our song list there may still be a chance we already know it. If there is a special song you'd like us to learn we are happy to do this for you. There is a fee of £60 for this service to take into account rehearsal times etc. ”

The great ambience we create without being too obtrusive.

I would book Kelvin and Egon again without hesitation. Their musicianship is excellent and everyone thoroughly enjoyed them and sent complimentary comments about them. They interacted really well in our house with 45 guests at an informal party. They were able to play easily in different rooms and in the garden which meant we could react to the weather. They created a great atmosphere and vibe. Well done both of you!

'I first heard Kelvin & Egon performing in Sloane Square, London and was blown away by the ambiance they were delivering. They kindly came to play at my event in Norfolk in front of 500 people and produced an epic 2 hour performance. They have a subtle knack of getting people moving and lifting the atmosphere of an event through both amazing musical talent and a physical presence. I could not recommend these cool dudes more and will 100% be having them at my next event!'.

MT
Mark T
2 years ago, for a Wedding in Oreham Common

A Big Thank You to  Kelvin Christiane Brilliant All Star's Big band who played at my wedding and helped to make it one of the most special days of my life. With stunning musicality they played an amazing variety of wonderful Jazz standards and also some arrangements that I had written especially for the occasion which featured my Best Man and Best Lady. Vocalist Lesley Christiane added sultry vocals and fun filled drama that had everyone dancing and enjoying themselves..absolutely unique and brilliant way to celebrate a truly wonderful day.