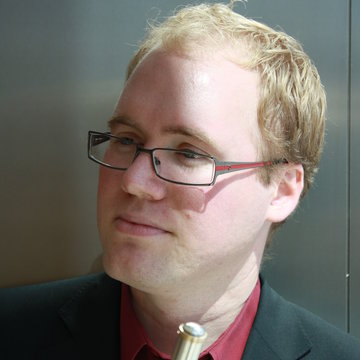 Any combination from Flute and Harp/Piano to large ensembles. Repertoire ranging from Renaissance to Contemporary. Your choice!
Classical duo
London

Jose Zalba-Smith: born in 1984, in Havana, Cuba. Jose studied flute and piano at the Alejandro G. Caturla and later at Amadeo Roldan Conservatory. His flute professors at this time were Erasmo Lopez and Floraimed Fernandez, both members of the National Symphony Orchestra, Ballet and Opera Orchestras. After auditioning in London, Jose was offered places at the Royal Academy of Music, Royal College of Music, Trinity College of Music and Guildhall School of Music and Drama, the latter offered a full scholarship for the Bachelor of Music Degree which Jose accepted and commenced in 2003. After completion of this degree in 2007, Jose was kindly supported by the Society of Knights of the Round Table and the Innholders' Company to continue his studies at the Guildhall School of Music, in their Masters Programme. During his time at Guildhall, with Philippa Davies as his main professor, Jose enjoyed training under other eminent players such as Sharon Williams, Ian Clarke, Sarah Newbold and Sam Coles. He accepted numerous invitations to perform in festivals such as Glasgow Cathedral Music Recital Series (2006), Seville Music Festival, Spain (2006), Belgrade Music Festival, Serbia (2007), Winchester Music Festival (2008), Frome Young Musicians Recital Series (2008), and Paxos International Chamber Music Festival, Greece (2008). Jose was accepted as a member of the National Youth Orchestra of Spain (2006-2007) and as an extra player for the National Welsh Opera. Finally, on completing his Masters, Jose was chosen to be part of the 2008-2009 Foyle Future Firsts Training Scheme with the London Philharmonic Orchestra and also given a place with the Southbank Sinfonia with whom he has enjoyed many exciting opportunities to play an extremely varied programme in a variety of venues across the UK. Jose has performed several times as Principal and Sub Principal with the BBC National Orchestra of Wales and regularly works with orchestras across UK. He was flautist for Under Milk Wood: an Opera by John Metcalf in the 2014 tour of Wales. Jose is currently teaching at Surbiton High School, Wimbledon High School and Highams Park School. Jose is also in demand as a Latin/Cuban flautist performing with several Salsa bands across the country and The Mañana Collective which he also founded. He runs a successful Cuban music workshop series which he has taken to the Royal Welsh College of Music and Drama, Royal Northern College of Music, Oxford Flute Summer School, Philippa Davies International Flute Summer School and The Scottish International Flute Summer School.

Flawless technique, what a wonderful player!

What a vibrant flautist, wonderful musician!