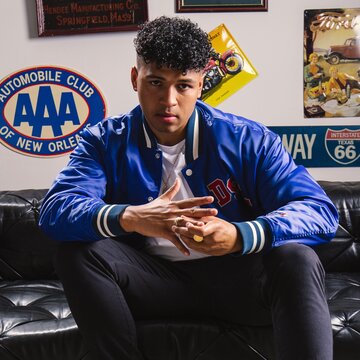 Jordan Smithy is an incredibly talented pop artist - In 2020 was mentored by Little Mix , who have worldwide success .

Hailing from East London, Jordan Smithy is an incredibly talented pop artist, singer and songwriter with over 12 years of singing experience. Since he was a child, Jordan had nurtured a fierce love for music and always knew that he wanted to pursue a career . In 2020 Jordan took it to the next level when he made it onto 'Little Mix The Search', reaching the ‘Live Show’ mentored by Little Mix , who have worldwide success . He has recently appeared on BBC One “Little Mix The Search” which was an awarding winning show . He had the chance to worked with Little Mix, the world’s leading girl band, and worked with world acclaimed producers in the industry. With several musical awards under his belt and over 3.5 million views on the internet , Jordan has proven the immense success one can attain when they nurture their talent and follow a dream to fruition. Jordan is firmly in charge of his music career and a successful future in the entertainment industry. Watching how far he has come and the vibrant energy and passion he possesses for his craft, one can never go wrong by saying that the world will get a special treat from, this firebrand singer.