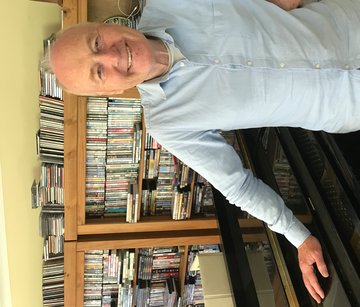 John is a professional musician, teacher & composer and has been for most of his life! His 2 rock musicals were published in the late nineties and have enjoyed several performances including four Edinburgh International Festival Fringe productions to high critical acclaim. He has 3 albums released (Walking Home, Falkland Hill, and Shipwreck) and plays across Scotland as a soloist and with the Chilli Jam Boys.

Standard Prices
All prices include:PA and all music instruments and amp.equipment including stage lights. 2 song requests in advance. All the songs, the music and additional fun entertainment!

Chilli Jam Boys played in St Andrews in December-great band-the audience loved the variety of songs-great to dance to. Mike.

Chilli Jam Boys played my daughters 40th birthday last November-great band-great reception! Would have them back in a blink!

We had a fantastic 30th birthday for my daughter Gillian. John Montgomery really made our night first as a soloist and the later with his band-brilliant all round musician!!

Excellent band! Had the whole place rocking! I highly recommend. I A Sutherland

best performance I have seen at the Byre in years