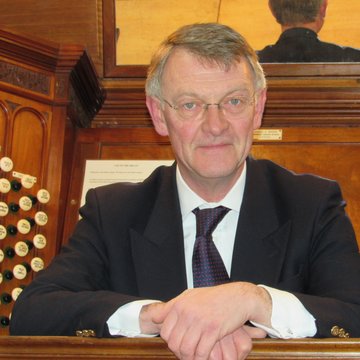 John Keys is a British and international organ recitalist and church musician. He also works as an accompanist, and gives master classes.
3 of 4 photos
Organist
Nottingham

John Keys, MA, LRAM, ARCM and an Honorary Fellow of the Guild of Church Musicians, has been Director of Music at St Mary's Church, Nottingham since 1984, and has fostered a flourishing musical life in the Church, as well as following an independent career as solo organist, continuo player, accompanist and conductor. He is also Nottingham University organist and City Organist, and the Vice Chair of the Board of Trustees for the Binns organ in Nottingham’s Albert Hall. Born and educated in Chester, John obtained the Diplomas of the Royal College of Music and the Royal Academy of Music in organ playing while still at school. After A-levels he was assistant organist at Chester Cathedral for nearly three years before going up to New College, Oxford, as Organ Scholar. After graduating in 1981 he went to Geneva to complete his organ studies at the Conservatoire with Lionel Rogg, aided by grants from the Worshipful Company of Musicians and the British Council. In 1984 he won First Prize at the Fourth Manchester International Organ Competition. John Keys gives many recitals each year, and has played in France, Germany, Italy, Holland, Denmark, Norway, Spain, Sweden, Gibraltar, the Ukraine, Switzerland, Malta, the USA and Australia, as well as widely in the British Isles. He has appeared as organist, accompanist, continuo player and conductor on Radio Suisse Romande, Télévision de La Suisse Romande, Netherlands Radio, Radio France and for the BBC.

John never disappoints - he was wonderful and our guest were thrilled.

John was fantastic on the day of my daughters wedding despite a very limited organ to play on and my insistence on Widor's Toccata - really made my day. Thank you so much

We were extremely nor’easter and delighted with John Keys performance at my fathers funeral. It proved to be the highlight of what was a sad day for us and I know my Father would have been delighted and impressed with it. It was an exemplary performance. Thank you John.

The Best of Arvo Pärt ...no lover of this composer’s music should be without their hypnotic performance of the Beatitudes with its continual alternation of two unrelated chords and ending with a shattering organ postlude - marvellously played by John Keys. 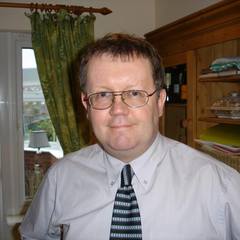