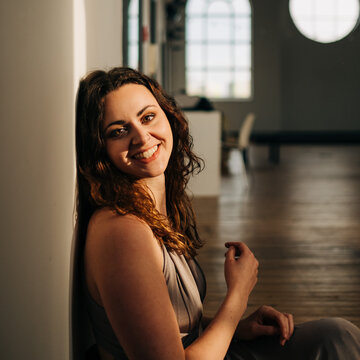 Sussex Young Musician of the Year 2021 and finalist in the 2022 Joyce and Michael Kennedy Awards at RNCM.
3 of 19 photos
Singer (soprano)
Manchester
Public liability insurance of £10 million
Verified profile

Jane is studying a Masters at the Royal Northern College of Music under the tutelage of Linda Richardson. Prior to this, she graduated from Leeds Conservatoire. Jane is a regular concert soloist across the UK, of which notable performances include: Mozart “Exsultate Jubilate” (Suffolk Philharmonic Orchestra), Handel “Messiah”, Bach “B Minor Mass”. She has also performed alongside the likes of Sir Willard White, Sophie Evans (West End) and Aled Jones with The Great Yorkshire Proms. As a recitalist she has performed at prestigious venues such as Bridgewater Hall, Leeds Town Hall and the Howard Assembly Rooms. In 2019, Jane was the recipient of the Badoer Dalla Rizza Bursary Fund for Melofonetica, with whom she performed Zerlina (Don Giovanni), in Asolo, Italy. Other roles include: Pamina (The Magic Flute), Adele (Die Fledermaus), Belinda/Second Woman/2nd Witch (Dido and Aeneas), Mabel (cover) (HMS Pinafore) and Fritha (The Snow Goose). Alongside a growing solo career, Jane still has a profound love of choral music and performs regularly for corporate events, weddings, funerals etc with a small Manchester based vocal group. Jane has also been a member of the Rodolfus Choir and is regularly involved in performances and recordings for the likes of SKY TV, Katherine Jenkins and Fox Film Themes. Jane is a keen conductor and made her debut in 2021 conducting the LCSU Opera Society x Leeds Conservatoire performances of Dido & Aeneas (Purcell).

No problem - just get in touch with me and we can work around the new times.

Approx 30 minutes - longer if a sound check is required

Yes, of course. Also, if you are unsure what music you want, I am more than happy to give suggestions based on the event information you have provided me with.

Yes. If a song is not included in my list, I may already know it, so please just ask. If it is new to me, meaning I would need to learn it for this specific event, a small extra fee will be charged. This fee varies on the complexity of the piece in questions.

JC
Jane C
3 years ago, for a Concert in Leeds

We are delighted every time we are able to see The Meanwood Ensemble perform; they make a refreshing change to the live music scene locally as they are so versatile and the content of the performances is so varied, mixing well-known classics with modern interpretations and moving pieces. Their beautiful voices, covering an amazing range, intertwine in haunting harmony. Love them!

TW
Tony W
3 years ago, for a Concert in St Michael's Rd

I was delighted when it was suggested that the Meanwood Ensemble might come and do an evening of reflection for Remembrance Sunday. Music and poetry can often express the inexpressible much more eloquently than words, and so it proved to be. Although the forces were small, just four voices, the sound filled the church beautifully. Sometimes a quartet of voices can sound a little cold and detached, but not this group. They sang with conviction and passion, matching beautifully the occasion, modulating their sound to match the words and the occasion. The music that they sang was varied, and the choice suited a mixed audience , with something for every one to engage with. They also stayed behind after the recital and engaged with the audience, and this was much appreciated.