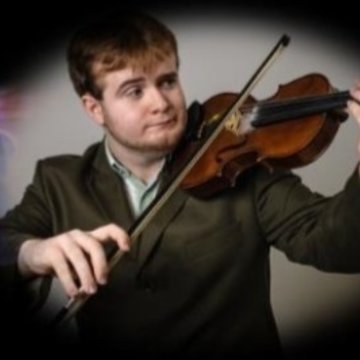 Check availability and get a free quote now - no commitment to book
From£170
Watch & Listen
About James
Reviews
Home page
James Jones
Like James?
Watch & Listen
Watch
Listen
1-3 of 3 videos
The Pieces
My Way (Full Version)
Fly Me To The Moon

James started playing in public at the age of 11 when he was invited to play solo to an audience of five thousand at the Cardiff International Arena by the National Symphony Orchestra of London in Abba The Show. In 2010, James won Caerphilly's Got talent, a local talent competition with his rendition of "My Way" by Frank Sinatra. A year later, when he was 12, James won the Bertie Cox trophy for acoustic jazz performance at the South Glamorgan Festival For Young Musicians. In 2012, James played on the main stage at the BBC Proms In The Park in Caerphilly. One of James' compositions, "No. 5" was used as part of the soundtrack for the Hollywood produced film, "1 Way Up" and was featured on MTV. In 2014, James supported folk icon and fiddler Dave Swarbrick, formerly of Fairport Convention on his tour. Through his playing James has helped raise money for various charities including Children In Need, Scope and the NSPCC.

NEW!Virtual services
Personalised Music Message
Book me to create a unique music video for you to send to a friend as a gift. This could be a birthday message, first dance song for a wedding anniversary, or just your friend's favourite song to cheer them up.
£15
James

James was fantastic for my booking, played all the songs I requested perfectly, pure gentleman...very happy 👍

James is a very talented man