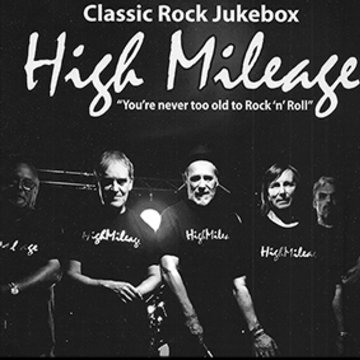 Check availability and get a free quote now - no commitment to book
From£900
Watch & Listen
About
Song list
Reviews
Home page
High Mileage
Like High Mileage?
Watch & Listen
1 of 1 video
Rockin In The Free World

We're a five piece Classic Rock covers band based in Derby, England UK. The band have been together for around 2 years
Rock band
Ilkeston

We're a five piece classic rock band based in Derby UK. The band have been together for about 2 years but I (Lead Vocalist) joined last April which has proved a successful move. From my point of view the band know many songs and are able to perform them in a proper and professional manner, I've needed then only to learn the words and delivery to get up to speed. To date with myself in the band we performed at a charity event In May 2018, after which the landlord booked us for a Saturday night . We performed last on 5th August 2018 at an open air gig in Ilkeston, after which the landlady wanted to book us twice again in the coming months but unfortunately due to the holiday season we reluctantly had to decline. We are due to play there again on 7th October. We have a gig coming up on Saturday 25th August in Heage, Derbyshire and are playing at the "Party in the Park" at Alfreton on 2nd September,

BC
Bridge, I
5 years ago

Since I joined the band in April 2018 we've so far had two gigs as I (lead singer) got up to speed on learning the songs. Both venues have asked us back to play further gigs.

TH
The D
5 years ago

I need to book you guys again