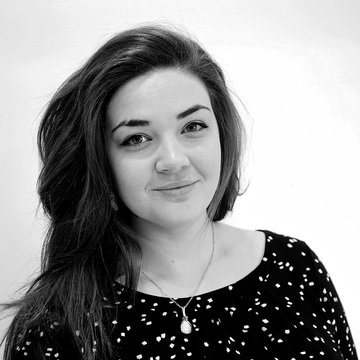 Singer (Soprano)
Cardiff
Public liability insurance of None
A confident and ambitious soprano with a diverse range of abilities looking for opportunities and work in UK.

Grace Curtis graduated in 2018 from her undergraduate in music at the University of Southampton, where she founded and managed the Southampton Chamber Opera Company, was a member of Cantores Michaelis and held a choral scholarship. She has worked with Romsey Abbey for the past year as their resident soprano and chorister tutor where she has greatly enjoyed refining the chorister’s technique and knowledge. As a singer with a dense and diverse history of performance, both on stage and in concert, she aims to pursue a career in opera. This summer she was a finalist in the Isobel Buchannan Award and attended the Italian International Summer School for Singers, where she received tuition from Roberto Fantinel, Roberta Canzian and Francesca Scaini. Whilst there, she performed the role of Despina in scenes from ‘Cosi fan Tutte’ and performed solo pieces in a concert in Conegliano, Italy. In September, she began her Masters in Advanced Opera Performance at the Royal Welsh College of Music and Drama under Suzanne Murphy. She is currently working on scenes performing the role of Fortuna from ‘L’incoronatizione di Poppea’, Elizetta from ‘Il Matrimonio Segreto’ and 2nd Niece from ‘Peter Grimes’. Performance credits Opera: The Magic Flute (Bath Music Festival), Dido and Aenaes, Acis and Galatea, Orpheus (Southampton Chamber Opera Company), Le Comte Ory, Faust (Dorset Opera Festival) Scenes: Despina Cosi Fan Tutte, Barbarino The Marriage of Figaro, Musetta La Boheme (International Italian School for Singers) Elizetta Il Maritagio Segreto, 2nd Niece Peter Grimes, Fortuna, L’incornonatzione di Poppea (RWCMD) Soloist with/at: Nick Dear’s Dedication (Nuffield Theatre, Southampton), Bath Abbey, Mozart’s Requiem (Richard Taunton Sixth Form College), A Thousand Dreadful Things (Creative Youth Network), Into the Woods, Oliver Twist, Bugsy Malone (Kingwood Drama productions), Kingswood Jazz Festival soloist (Kingswood Jazz Orchestra at Bath Music Festival), Romsey Abbey, St Michael’s Church, Stravinsky’s Pulcinella Suite (Southampton University Sinfonietta) Directing credits: Acis and Galatea, Vivaldi’s Gloria (Southampton Chamber Opera Company). Recording credits: Plentyn (EP - Grace Estelle Curtis) Masterclasses taken with: Keith Davis, Juliet Brown, Rosa Manion, Andrew Foan, Lynton Atkinson, Mark Doss, Francessca Scaini, Roberta Canzian, Roberto Fantinel As an experienced soloist and group singer, with a large vocal range, and a wide variety of credits, from classical and pop, to opera and jazz, she has a dense and diverse history of performing, both on stage, and in concert; aiming to pursue a future in Opera.

This shouldn't be too much of a problem, but as I am studying whilst also working freelance, sometimes it can cause a little difficulty. Always ask though, as it may be completely fine.

I'm more than happy to provide music before or after any performances if required or asked.

Usually, I would ask for about 20minutes to run some of the music if the event is for a wedding or funeral and a little longer if for a recital event. This is all flexible though, and can be adapted to your needs.

Of course! I am always happy to advise or give suggestions, but mostly I am very open to your wants​ and will learn new things happily if required.

Yes, usually. The voice is very easy to transport! I am also able to bring a keyboard if needed and backing tracks also.

Of course. I will do anything to make the day as easy and special as possible. Although, I do ask that there is a few days notice if requesting a song or piece that I do not know.

Clients are always very complimentary about my performance and voice, particularly its tone. I am able to adapt to whatever the genre is, and am very happy to provide a specialised and personal set.

I have performed at a number of cathedrals and concert venues, and have an upcoming​ performance with the Welsh National Opera.

Lisette Oropesa is my greatest influence as I find her technique awe-inspiring. On a more singer-songwriter level, I am inspired by Lily Allen, Passenger, The kooks, Ed Sheeran (before fame) and many others, although I would consider them writing influences rather than for their sound.

I will be performing with the Welsh National Opera in June, and have performed with them in their gala concert last year.

Utterly splendid voice. Very professional and pleasent. Would have made our Dad so happy!