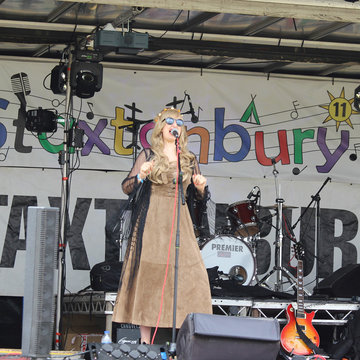 Fleetwood Moc are the North's leading tribute duo portraying the exuberance, mystique and creative conflictual passion best associated with the most commercially successful era of Fleetwood Mac. With a stage show comprised of authentic costumes, instruments and backdrop, the audience can experience a compelling musical and visual journey through the 70's and 80's. Expect well known hits from album releases: Rumours, Tango in the Night, Tusk, Mirage and self titled Fleetwood Mac. Hannah Payton's beautiful voice bears a uniquely similar character and sound to that of Stevie Nicks, whilst also tonally capable of adapting to Christine Mcvie's smoky and perhaps more contralto style vocals. Lindsey Buckingham's dazzling arpeggios, cascading finger-picked guitar style and frequently scorned sounding tenor vocal are sentimentally replicated by Simon Mcilroy. Fleetwood Moc have performed to dedicated fans both abroad and touring the UK since forming in 2017.

That is ok we are very flexible for changes to take place and we will best accommodate your needs.

Yes this is part of our packacge price as stated.

45 minutes is enough time for the set up

Yes we can we have radio controlled guitar and radio Micophones

No we perform the tribute show as a complete show with seamless transation of songs therefore this is not for the audience to decide.

Yes all equipment PA and Lighting is provided by ourselves

We would be able to learn one song maximum given time in advance of an event minimum we ask is 2 months.

Cracking band! We had the DUO down in Brighton and it was a great show!