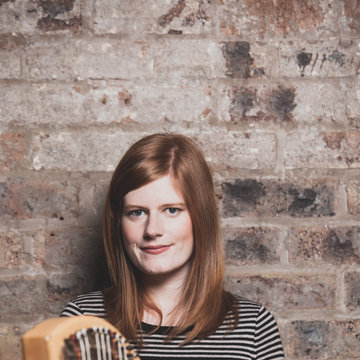 Fiona is a highly versatile and modern harpist based in Edinburgh, who looks forward to chatting to you about music for your event.
2 of 2 photos
Harpist
Edinburgh
Verified profile

Fiona is from Edinburgh. She began playing the harp aged 14 and has been privilaged to study with Sophie Askew, Isobel Mieras and Savourna Stevenson. At 16, she gained a place at 'The City of Edinburgh Music School' where she was part of an inspiring learning environment, with exposure and involvement in a wide range of musical styles. Fiona became increasingly interested in composition work, and has since been earning much recognition as a composer/performer of new music for the Scottish harp. From 2005-2008 she studied Composition at Dartington College of Arts, earning a First Class Honours degree. Fiona particularly enjoyed the emphasis that Dartington placed on collaboration work - frequenty performing alongside writers, theatre-makers and choreographers, as well as other musicians. After completing a Mmus in Composition with Nigel Osborne, Fiona is now a freelance musician and composer based in Edinburgh. She has composed music for two feature films and several acclaimed theatre productions, including the award-winning 'The Inheritance'. Her instrumental compositions have been performed by groups such as Mr Mcfall's Chamber, Drake Music Scotland and the London Sinfonietta. Fiona's recent album 'Sleep Sound' showcased her writing for harps, strings, piano and vocals and was described as "a masterful work.." (Songlines Magazine). It received radio play on several stations such as BBC 6 Music (Cerys Matthews, Radcliffe & Maconie), Radio Scotland and Swedish National Radio. Fiona is extremely passionate about teaching the harp and has many private pupils besides serving on the music staff at George Watson's College and Cargilfield school. Fiona regularly performs solo or with singer-songwriter/double bassist Amy Duncan. As a wedding/function harpist Fiona has performed throughout Scotland and beyond at venues such as Edinburgh Castle, Iona Abbey and Rosslyn Chapel. She has performed to HRH Prince Charles and several other well known names such as Jonathan Dimbleby and Jack McConnell. She is a versatile and modern player who is very happy to chat to you about your event to make sure the music enhances your occasion just as you would like it. She is also happy to learn requests!

Just let me know as soon as you do. I’ll make sure that I allow plenty of time between any other bookings, so there shouldn’t usually be a problem. If anything dramatically changes with the date etc and I can no longer do the gig, I’ll recommend others!

I can set up within 15 minutes but allow myself 30 mins prior to starting playing, and just to make sure I can suss out the venue, firm up cues etc

I’m very happy to play outdoors as long as it is not raining as this can damage my (precious!) instrument. I also require notice about playing outdoors, as I’ll need to bring pegs etc to stop any sheet music blowing about whilst playing favourite requests! Please also bear in mind that the instrument will also be quieter outside.

Yes, the set list is just a small example of music I have recently played at weddings/ events. If you don’t see anything you’d like there then I’d be happy to learn requests.

Yes, wherever possible, I am very happy to learn requests and have played everything from Metallica to Disney at wedding ceremonies. As soon as you know which pieces you would like, I will arrange my own harp version for you. Occasionally, some pieces don’t transfer well to the lever harp. If this is the case, I’ll happily advise other options.

Personalised service - includes my own arrangements of favourite music Creative player- love writing music and am happy to write you your own tune! Versatile and sensitive musician - can adapt style to suit any occasion and respond to the atmosphere of each individual event

Fiona gave a beautiful performance which added a real touch of magic to our wedding celebrations - the perfect accompaniment to afternoon tea and wedding cake!

Thank you for your music during the dinner at the World Forum last month. It was absolutely spot-on for the occasion, and I’m glad we could showcase the best of local artists at such an international event!

Fiona, thank you SO much for Saturday, you were perfect. Everyone was complimenting you. Sorry we didn’t get a chance to chat, I’ve never had so many photos taken in my life!

Thank you so much for your beautiful harp playing. I heard lots of compliments in your honour!

Fiona played her beautiful harp for us at our wedding a few days ago. It was absolutely magical! She played 3 songs that we personally chose for the ceremony. She is so talented and it was a pleasure to have her with us! Highly recommend! You will not be disappointed!

Your choice of music was, to my mind, perfect and you caught a lovely balance between the reflective and the uplifting. Those who attended commented on how lovely and appropriate the music was, and how important it is to have live music at this sort of remembrance service