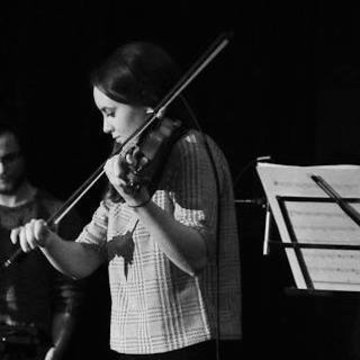 Check availability and get a free quote now - no commitment to book
From£180
About Emma
Reviews
Home page
Emma Donald
Like Emma?
Watch & Listen

Freelance violinist based in the Highlands of Scotland.
Violinist
Inverness

Thank you Annasach for such a wonderful Ceilidh! You were able to get everyone on their feet, which made for a fantastic couple of hours of dancing! We are very much looking forward to taking part in another of your Ceilidhs on a future trip to Scotland. Mr and Mrs Edwards :)

We are so glad we booked with Annasach Ceilidh Band! They made our evening. The music, dance calling and audience interaction was fantastic. Highly recommend and would gladly book again.

We had Annasach Ceilidh Band play for our daughters wedding at the Ptarmigan, Loch Insh. All of the guests thought the band were fantastic, they played mood music as guests arrived followed by a full on Ceilidh. The instrumentalist were amazing and the caller was friendly, funny and ensured we had a wonderful ceilidh.

Great Birthday Party at Royal Musselburgh Golf Club on 8/2/19. Annasach were really great, the feedback from my guests re Annassach was “brilliant band”. One of my friends has already booked them for Golden Wedding celebrations later this year.

Just want to say thank you for playing at our wedding yesterday at the Western House. You did an incredible job and everyone was raving about the music. Thanks again x

Would just like to thank you for playing at our wedding at Crutherland House on Saturday. Your beautiful music made our ceremony and we received a lot of compliments. I would highly recommend your services to anyone. Thanks again!

Rosewood played at our wedding on 04.08.18 We had a fantastic day and you were all so professional. All the guests commented on how fab you were. I’m so happy we decided to go with yourselves Thanks for making our ceremony extra special. Kind regards Mr & Mrs Kean

We had Rosewood String Quartet play at our ceremony and at our drinks reception. The music was beautiful and they were so accommodating, really taking on board the atmosphere we wanted to create at both venues. We got lots of compliments from our guests about their music. A great selection of pieces to choose from and a mixture of different genres. Very professional throughout. Could not recommend them highly enough!

Rosewood String Quartet played at our wedding ceremony on 7th July at the Lodge on Loch Lomond. I can not recommend them enough. It took us a long time to search through string quartets and I am so glad that we used Rosewood. Excellent service, value and all very professional. They played beautifully on the day which added so much to our ceremony. Thank you again Rosewood.

We had the Rosewood String Trio play at our wedding ceremony at Glasgow University and for an hour at our wedding reception at Pollokshields Burgh Hall. They were fantastic! They played beautifully throughout all aspects of our day with lovely choices of music. It added a touch of class and made the ceremony in the church very special and atmospheric. They were very easy to communicate with...Yvette was always prompt at replying and happy to help in any way over the months leading up to the wedding. They were open to any specific songs or music that we wanted to have and made sure we were happy with everything. The group knew exactly when and where they had to be...it was seamless. I couldn't recommend these musicians more for anyone who wants to add a touch of class to their wedding day! Thank you so much, Christine and Matthew x