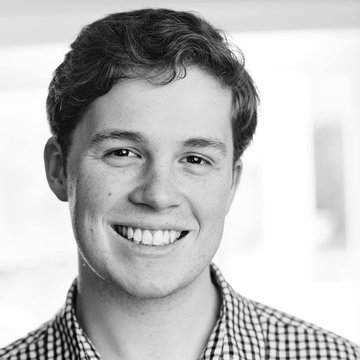 RNCM Alum, Bachelor of Music with a First. Currently studying for Masters at RNCM. Based in Manchester/Midlands.
3 of 17 photos
Singer (baritone)
Manchester

Edward is a baritone, based in the North West of England, currently studying for his Master of Music postgraduate degree at the Royal Northern College of Music (RNCM). He is under the tutorship of the internationally acclaimed baritone, Quentin Hayes. Edward’s passion for opera has lead him to perform in a number of innovative productions during his early career. Since beginning his studies at the RNCM, Edward’s operatic achievements include the role of Valens in Handel’s Theodora, Bobinet in Offenbach’s La Vie Parisienne and Boy 2 in Bernstein's Trouble in Tahiti. In 2015, Edward made his début at The International Gilbert and Sullivan Festival as Grosvenor from Patience, a portrayal which earned him a nomination for ‘Best Character Actor'. He has also performed the role of Sicario in Verdi's Macbeth with the Dorset Opera festival and the role of Antonio in Clonter Opera’s production of Le nozze di Figaro, 2017. As a baritone soloist, Edward has performed at venues such as Birmingham Symphony Hall and The Sage, Gateshead. Recent concerts as guest soloist, include Faure’s Requiem, Haydn’s Creation, Handel's Messiah and Alexander’s Feast, Vaughan Williams’ Five Mystical Songs and a staged performance of his Songs of Travel with the RNCM Chamber Orchestra. Edward also premiered a solo work at the Leeds Lieder Festival, 2017. On the concert and oratorio platform, Edward’s ensemble experience includes a performance of Schoenberg’s Gurrelieder at the Grieghallen, Norway and at Manchester’s Bridgewater Hall, Edward has performed in the UK premiere of Penderecki's Seventh Symphony and Tippett’s A Child of Our Time with the RNCM Symphony Chorus. When not performing Edward is a facilitator for educational and outreach opera. Leading vocal workshops and assisting choirs, Edward has worked with Chango Music, Clonter Opera and Chant Productions. Edward studies are generously supported by the Oglesby Charitable Trust, as well as the Harriet Cohen Memorial Award, the Philip Bates Trust, the Kathleen Trust and the Mario Lanza Foundation.

As for singing, in a concert featuring “Brexit-ignoring” fare of British and French song (a partnership between the RNCM and the Paris Conservatoire), the richest moments came when an amazing young British baritone, Edward Robinson, sang in French.

RJ
Raymond I
7 years ago

The ensemble was magnificent, as was Grosvenor’s rendition of “A magnet hung in a hardware shop” where all words were clearly heard... Bunthorne and Grosvenor with well-timed lines were appropriately dressed and amusing in their long-haired wigs with flamboyant pink bow and mustard artist’s hat respectively. Their interaction was beautifully played throughout.