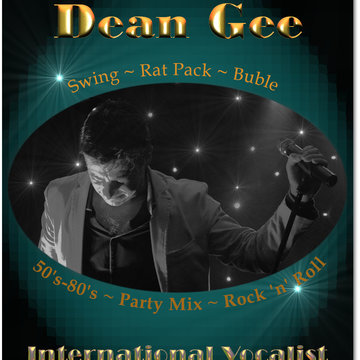 Dean has been singing professionally since 2001, initially in a male/female duo, and then solo since 2005. In the following years Dean has built a solid reputation as one of the best “Swing & Rat Pack” entertainers in the UK. He not only performs a stunning tribute to Dean Martin (so accurately that most aficionados in the audience usually think he is miming for the first few songs) which includes all the hits and DM’s banter, but also brilliantly covers all the greatest tracks by Sinatra, Bobby Darin, Sammy Davis Jnr, Nat King Cole and many other icons of that era. More recently, covers of Michael Buble have become an integral part of the repertoire, along with a wide range of classic pop, dance and rock ‘n’ roll numbers to get the party really going! Dean has built up a formidable body of experience. Having cut his teeth in the pubs and clubs during the early years, he has rapidly moved on to cruise ship work with P&O, First Choice (Island Escape, Island Star and Thomson Spirit) and Brittany – holiday resorts for Thomson’s Gold – corporate and private events – cabaret spots in high-class restaurants, hotels and other venues around the UK. He also performs regularly with other Rat Pack tribute artists, and indeed, played Dean Martin in a 2-week stage production of “The Rat Pack – Live from Vegas” in Portugal 2006. Dean even fronted a 7 piece swing band at a VIP beach party for 1200 guests at the Cannes Film Festival 2007! He has never had anything less than superb reviews and feedback from clients, and his vocal talents are fully matched by a totally reliable and professional attitude to his work. When you book Dean to perform for you, you will always get… • Complete professionalism – always on time, polite and reliable. • Versatility and adaptability – a huge repertoire and the ability to tailor the act to the audience including singing requests and dedications! • Exceeding expectations – regards the standard contractual 2x45 min sets as the bare minimum, and is always ready to go the extra mile for a good audience! • Vocal ability – a stunning combination of rich, mellow vocals, with power and emotional judgment of lyrics and tone, and always bang on the note! Dean’s ambition is to be recognized as the foremost Dean Martin/Swing cabaret act in the UK and abroad, and to continue to do something he loves – entertaining people! Dean Gee July 22, 2017

SWING/RAT PACK
DEAN MARTIN
Everybody loves somebody
Send me the pillow
Memories are made…
Little old wine drinker
That’s amore
Sway
Gentle on my mind
Ain’t that a kick…
Mambo italiano
Volare
You’re nobody…
Let me go lover
Return to me
Door is still open
Powder your face…
Innamorata
Let it snow
AND MANY MORE…
SINATRA
Come fly with me
Fly me to the moon
Witchcraft
Got you under my skin
Lady is a tramp
My way
New York New York
Summer wind
I get a kick out of you
My kind of town
Tender trap
One for my baby
All the way
What now my love
You make me feel so young
AND MANY MORE…
BOBBY DARIN
Mac the knife
Clementine
Beyond the sea
Things
Dream lover
Multiplication
OTHER
Bojangles
Birth of the blues
Mona lisa
When I fall in love
Let there be love
Can’t take my eyes off you
Music to watch girls…
Can’t get used to losing you
Release me
Unforgettable
My Kind Of Girl
Portrait of my Love
Moon River
Dream a Little Dream
AND MANY MORE…
MICHAEL BUBLE
Home
Lost
Everything
Feeling good
Haven’t met you yet
All I do is dream of you
All of me
Summer wind
It had better be tonight
Crazy little thing…
Save the last dance
How Sweet It Is…
Moondance
Georgia on my mind
Sway
Cry me a river
Foggy day in London town
Hold on
Me and Mrs jones
The way you look tonight
You don’t know me
The more I see you
Call Me Irresponsible
Kissing a Fool
You’re Nobody…
Fever
Santa Claus is Coming to Town
Winter Wonderland
AND MANY MORE…
CLASSIC POP & DANCE
Sweet Caroline
Celebration
Aint no stopping us now
All night long
night has a 1000 eyes
take good care of my baby
Summertime blues
I will
You can leave your hat on
Love really hurts without you
3 steps to heaven
You never can tell
Johnny B Goode
just can't get enough
Real Gone Kid
Olivers Army
Love on the rocks
Beautiful Noise
Dance the night away
Way down
Kingston town
Israelites
Can’t help falling in love
Suspicious minds
Johnny B Goode
Rock This Town
That’ll be the day
Peggy sue
Oh boy
Stuck in the middle
Brown eyed girl
Stuck on you
Candle in the wind
Losing my religion
Daydream believer
I feel fine
You’re the first, my last…
The Gambler
Blueberry hill
All I have to do is dream
Make me smile…
Monday Monday
Lay down sally
Wonderful tonight
Just can’t help believing
Bridge over troubled water
One night
Stray cat strut
Rock this town
Somebody to love
Three times a lady
Unchained melody
Wonderwall
Mad world
Your song
Crackling Rosie
Walk of life
Bad Moon Rising
Twisting By the Pool
The Air That I Breathe
AND MANY MORE…
Customer questions

My major USP - apart from perfect vocal delivery everytime - is that I love to work with my audience and involve them (if appropriate) with plenty of interaction and banter. This is why I get so many repeat bookings.

Too many to list them all - but I seem to have mostly a sort of classic style akin to the great swing singers and crooners... however, I also cover tons of classic pop from 50-80s

I sang at a VIP party at the Cannes Film Festival in a huge marquee on the beach. I have also sung at weddings in top hotels such as the Dorchester in London etc.

within reason this is no problem as long as I know in advance.

Yes I do this at many gigs. There may need to be an additional fee but this can be negotiated in discussion.

Usually around 1-1.5 hours... this will always be done prior to guests arrival and then can play background music until performance.

I always try to accommodate any special requests, but advise leaving plenty of scope for me to assess the audience and adjust the set as I go along to maximise their enjoyment.

Yes. All I need is the appropriate working area/stage and a plug socket.

I can do this occasionally given enough time, but as I already have 400-500 songs I can usually accommodate most events from within my repertoire.

Everything was spot on and the guests were very complimentary.

Dean sang at my birthday party and was absolutely excellent. Hugely entertaining and had everyone singing and dancing along. Very professional I would recommend Dean without hesitation.

Dean was so outstanding that we will be having him back at Xmas he made everyone so happy with his music vocals and knowledge of golden oldies ,very professional and would strongly recommend him especial for the over 50s Tea Parties

Once again, we would like to say you were absolutely fantastic. Everybody really enjoyed your singing. You created such a good atmosphere and you really contributed to making our day so special. You especially helped to create the perfect day we wanted… we wish you all the best and I’m sure we will meet you again. Many thanks!

Our parties would not be the same without him. Third time we celebrate with you Dean, we would not have it any other way! Thank you so much! Everybody thought you were amazing, as always😀 get ready for the next crazy party!! Lots of love xx

Hi Dean, Just to say a really big thank you for your entertainment you provided at Lucy and Steve's wedding. Our guests could not stop saying how you made the day special and how great a singer you are, your choice of numbers and timing was perfect and you were appreciated by both young and old alike. Lucy's Nan was spellbound and it was a lovely touch to sing them in the room and perform to them at the top table. A very big thank you from Shirley, Dave, Lucy and Steve (by email sept 2013)

Thank you – that was a marvellous evening of entertainment in Stanmore. You were very impressive and if the occasion arises in the future … I would love to book you! I shall certainly be recommending you! Best wishes – Garry Harris. Charity event – March 2010 (by email)

Dean, I just wanted to say a huge thank you for making my father’s 75th party so wonderful! We really didn’t want a party where they just sat round the room and then went home, and with your fantastic voice and kindness we had a party where they sang, danced and laughed the whole time. My mother loves you and had a really amazing time and my father really let go… just what he needed! Thanks again, it was a pleasure having you join our family for the night. Best wishes – Marcia Nathan. Birthday party – April 2010 (by email) 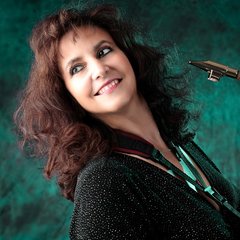 I have performed with Dean several times, and he is a true professional with a great personality and smooth voice to match, he is well worth booking for your event.