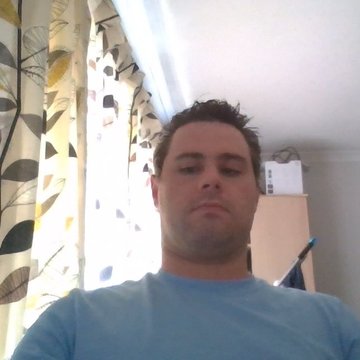 The rodent of raving! Produced over 300 techno, house, trance and Hip-Hop tunes and have played mainstream at many parties and events!
3 of 23 photos
DJ
Redhill

I was born 1987 in Redhill Surrey UK and grew up in Caterham. Am now currently living in Redhill. I have been into DJing and producing since listening to EDM music a lot during my teenage years. When listening to the music during my years at secondary school I developed a strong liking for the sound and eventually decided that I wanted to create music of my own. In addition I decided to I wanted to do DJing as well. I started creating my own music at home at the age of nineteen while at college. Since then I have produced over 300 techno, trance, house and hip-hop tunes over the years. To create my tunes I made use of music making software combining diverse soundbites into the rich variety of musical tracks that I have composed. The first tunes that I produced were of the house and trance genres, later I began producing harder techno tunes. Later on still I began to produce a number of Hip-Hop tunes as well. When creating the tunes I divided them between different albums that I gave colourful names to like 'Rattack' and 'Rat-Hop', often relating to the genre of the music that featured on the individual album. I am highly skilled with vinyl decks, cd decks and digital software decks and was trained to use vinyl decks by a professional DJ while at university. I did a lot of DJing while at university and learned many skills over the years such as what is appropriate for the occasion. Although I learned how to use vinyl decks, generally while DJing at university I used the CD decks and computer systems within the DJ booths. Since finishing university I have generally turned towards DJing at events rather than producing music, although I still hand out my own music to people every now and then. I have DJed at many house parties, work events, and social clubs. I play music from many genres and decades and have done many seasonal events such as Christmas and Halloween. Usually when DJing I make use of a laptop and speakers for convenience although I have used vinyl decks and CD decks on occasion. Generally when DJing I play general party tunes in order to get people up and dancing and I always do a great job at it. I have on occasion played my own tunes which are always welcomed by the audience whenever I play them. I have made much use of public transport over the years and am quite able to get to events where I am expected. I have DJed around Surrey and in London and have even DJed in Aberdeen. I have a high regard as a DJ and am looking for more opportunities to perform at.

I know very well from past experience what to play for the occasion and I am able to bring large numbers of people onto the dancefloor.

My most high profile gig I performed at was the wedding reception of my cousin-in-law.

Absolutely. This is a really popular request and I actually offer this service for free. If you'd like a DJ service via my PA after the final set until the venue closes, I'll provide this for an additional £100

I usually set up about 1 to 1.5 hours before the performance time. As soon as my PA is set up I can provide a free playlist service to help set the atmosphere and get your guests ready for my live performance.

My set lists are crafted from countless events and learning what works best to ensure guests dance and have an amazing time. However, I'm definitely happy to chat through and make sure I find what works for your event.

Yes, in part. I bring my own DJ equipment to play. I do require sound systems to be provided for me.

If a song isn't included in my song list there may still be a chance I already know it. If there is a special song you'd like me to play I am happy to do this for you. I will need to know in advance so I can download/upload it onto my system.

DJs in the UK
DJs in Guildford
DJs in Horsham
DJs in West Sussex
DJs in Wokingham
DJs in Windsor
Customer Service
Discover
Company
As seen on
© Encore Technologies, Ltd.
Crafted with bagels and in London